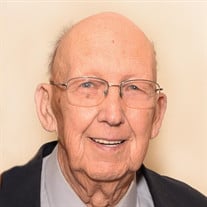 ATTLEBORO-On April 18, William Robert Woll Sr., age 92, passed peacefully at home with the support of his family and hospice. He was a lifelong resident of Attleboro, where he was an active member of the V.F.W. and St. John the Evangelist Church. He enjoyed many hobbies, like woodworking, model plane building, puzzles, and maintaining his home. He would often be seen in his yard constructing fences, garden beds, patios, and landscaping under the direction of his wife, Louraine. When retired from his work as an optician, summers were spent with family and friends on Cape Cod. He also traveled to Germany, Portugal, Bermuda, Florida, and Hawaii. During WWII, He served proudly in the U.S. Army Air Corps (456th Bomb Group) as an airplane instrument mechanic stationed in Stornara, Italy. He was honorably discharged as a sergeant. He is survived by his wife Louraine (Nunes), a resident of The Village at Willow Crossing in Mansfield. They would have celebrated their 68th wedding anniversary on April 21st. He leaves 3 children: Daughter Judith Palmisciano and husband William of East Greenwich, RI, son William Robert Woll Jr. of Attleboro, MA, and daughter Mary Farnham and husband Keith of Sandwich, MA. His 8 grandchildren and 11 great-grandchildren will miss Poppa dearly. Even when faced with Guillain-Barrè syndrome (in his 50’s), a condition which affected the sensation and mobility of his hands and feet, he always persevered with his hobbies, travel, and being with his family. Relatives and friends are invited to attend a memorial visitation from 4 – 6:00 p.m. on Wednesday, April 24, 2019, at the Duffy-Poule Funeral Home, 20 Peck Street, Attleboro, MA. At a later date, a Mass of Christian Burial will be held at St. John’s the Evangelist Church in Attleboro, followed by burial with military honors in St. John’s Cemetery. In lieu of flowers, donations in William’s memory can be made to Guillain-Barrè Research, GBS I CIDP, 375 East Elm Street, Suite 101, Conshohocken, PA 19428 or to Community VNA Hospice, 10 Emory Street, Attleboro, MA 02703

ATTLEBORO-On April 18, William Robert Woll Sr., age 92, passed peacefully at home with the support of his family and hospice. He was a lifelong resident of Attleboro, where he was an active member of the V.F.W. and St. John the Evangelist Church.... View Obituary & Service Information

The family of Mr. William R. Woll created this Life Tributes page to make it easy to share your memories.

Send flowers to the Woll family.