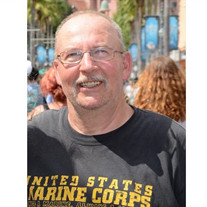 William F. “Bill” Piasecki, 72, of Attleboro, passed away at his home on May 1st, 2018 after a long illness. He was the beloved husband of Kathleen (Smith) Piasecki of Attleboro. Born on March 21, 1946 in Attleboro, he was the son of the late Henry and Georgina Piasecki of Mansfield and son-in-law of the late Helen and Victor Smith of Attleboro. He was the President of the graduating class of 1964 at Mansfield High School where he was the last four-sport captain. Bill spent his early working years in construction and later worked for the City of Attleboro. Most recently, he was an ice cream delivery driver for Bliss Brothers Dairy, which was exactly the job he was meant to do. Bill loved to chat and his stories were undeniably endearing. He loved to bring happiness to children and nothing brings children more happiness than ice cream. It was his perfect fit. He retired from Bliss Brothers after 25 years of service and after forging countless friendships throughout New England. In addition to his work, Bill was a volunteer. He volunteered as a SAGRA and Attleboro Youth Soccer coach when his children were young. He volunteered for the Attleboro Booster Club for 14 years. He was a routine blood donor right up until he was told he couldn’t donate any longer. Bill was a Corporal in the US Marine Corps combat unit, where he served in LIMA 3/7 (oorah). He received a Purple Heart for his service in the Vietnam War. The fighter in him never died and he fought like a Marine right to the very end. His service was one of his greatest sources of pride, second only to his grandchildren, who he loved dearly. Nothing brought Bill more joy than seeing the smiling faces of his grandchildren. Be it short trips up to Santa’s Village or long drives down to Disney World, he was up for anything that made the children happy. In addition to his wife, Bill is survived by his daughters Tracy Scannell of Attleboro, Tobi Vivenzio and her husband Todd of Attleboro and son Bill Piasecki and his wife Kristina of Attleboro; his eight beloved grandchildren Owen, Madison, Emily, Kayla, Amber, Sadie, Lilyana, and Liam; also, his brother David Piasecki and his wife Ruth of Lakeville, MA, his sister Sandra Lannon and her husband George of Lakeland, FL, his sister-in-law’s Barbara Carreiro and her husband David, Nancy Desmarais, and Mary Smith, all of Attleboro, as well as his fourteen nieces and nephews. Relatives and friends are invited to attend a visitation on Sunday, May 6th, 2018 from 2 – 5:30 p.m. at the Duffy-Poule Funeral Home, 20 Peck Street, Attleboro immediately followed by a funeral service in the funeral home at 5:30 p.m. Burial will take place privately in the Massachusetts National Cemetery, Bourne, MA. In lieu of flowers, donations can be made to the Marines Semper Fi Fund at https://semperfifund.org/donate/ or the Dana Farber Cancer Institute at http://www.dana-farber.org/

The family of Mr. William F. Piasecki created this Life Tributes page to make it easy to share your memories.

Send flowers to the Piasecki family.