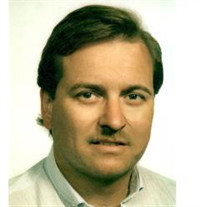 ATTLEBORO – Thomas R. LeBlanc, 69, of Attleboro and Pocasset MA, passed away peacefully on Sunday, January 3, 2021 at home after a long battle with cancer, surrounded by his wife and three sons by his side. He was the loving husband for 48 years to his high school sweetheart, Jane F. (Elshant) LeBlanc of Attleboro. Born on July 27, 1951 in Attleboro, MA, he was a son of the late Lucien and Florence (Thivierge) LeBlanc. Thomas grew up in Attleboro and was a graduate of Attleboro High School Class of 1969. He then attended Salem State University where he received his bachelor’s degree in Business Administration in 1973. Thomas held a Massachusetts Construction Supervisor license. He worked for the RonCap Company of Attleboro for 10 years right out of college, then started his own businesses, Construction Design Inc. and LeBlanc Properties LLC that he owned and ran until 2017. He specialized at first in small renovations and additions, then to new house and multi-family construction. He had a vested interest and a constant desire for the improvement of the city of Attleboro, especially in the downtown area. Thomas built many houses for himself in Attleboro and also built and lived in Pocasset, MA from 1997-2020. He was communicant of St. John the Evangelist Church in Attleboro. Thomas enjoyed spending time with his family, especially his children and grandchildren. He cherished his beautiful daughter in-laws Amy and Shannon. He was highly active in his coaching and fundraising for his kids and grandkids various sports teams and was known to never miss one of his kid’s games. Thomas loved entertaining his family and friends at his homes on Cape Cod, and spending time relaxing on his beach in his later years. He had a true love of the construction business, always acquiring new, adding to, or improving his properties. Thomas treasured helping family and friends by providing housing when needed at one of his rental units. In addition to his wife, he is survived by his three sons, Brent LeBlanc and his wife, Amy of Rehoboth, Matthew LeBlanc and his wife, Shannon of Rehoboth and Nathan LeBlanc of Attleboro; his grandchildren, Cameron and Aidan LeBlanc of Rehoboth, Melina Nuttall and Cole LeBlanc of Rehoboth and Joel and Chase LeBlanc of Attleboro; his siblings, Russell LeBlanc of Amesbury, Susan LeBlanc, Janet LeBlanc and David LeBlanc and his wife Brenda all of Attleboro; he is also survived by many nieces and nephews. He was the brother of the late Donald LeBlanc and Pauline Moran and brother-in-law to the late Norma LeBlanc (late wife to Russell LeBlanc). The family would like to thank all the staff at Massachusetts Eye and Ear Infirmary, especially his surgeon Dr. Mark Varvares, Mass General Hospital, Dana Farber Cancer Institute and Seasons Hospice, especially Nurses Jill and Kristie for all the care and support given to Thomas. Due to the Covid-19 restrictions, a memorial service will be held and announced at a later date. His ashes will be spread in the waters of Cape Cod in a private service. Funeral arrangements entrusted to the Duffy-Poule Funeral Home, Attleboro. In lieu of flowers, gifts may be made to Dana-Farber Cancer Institute in memory of Thomas to support cancer research and patient care at Dana-Farber Cancer Institute, P.O. Box 849168, Boston, MA 02284 or via www.jimmyfund.org/gift.

ATTLEBORO &#8211; Thomas R. LeBlanc, 69, of Attleboro and Pocasset MA, passed away peacefully on Sunday, January 3, 2021 at home after a long battle with cancer, surrounded by his wife and three sons by his side. He was the loving husband for... View Obituary & Service Information

The family of Mr. Thomas R. LeBlanc created this Life Tributes page to make it easy to share your memories.

Send flowers to the LeBlanc family.