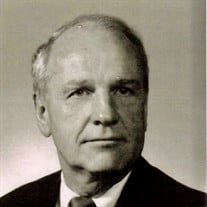 ATTLEBORO—Thomas H. Cuddy Jr., 88, of Attleboro, passed away peacefully on Thursday, Feb 25th at his home after a brief illness. He was surrounded by family. Born in New York City, he was the son of the late Thomas H. Cuddy Sr. and Agnes Cunningham. Tom was raised in Massachusetts and graduated from Our Lady’s High School in Newton, where he met the love of his life, Eleanor M. Neville. They married in 1955. A 1956 graduate of Northeastern University in Boston, with a degree in business administration. Tom received a full scholarship for football and played for the Huskies during their first undefeated season (1951). Upon graduation, Tom segued his NU co-op job to a fulltime position as an underwriter at Travelers Insurance in Boston. He later accepted a VP position from Roger Richardson at the HK &O.P. Richardson Insurance Agency (established in 1869) in 1966 and moved his family from Newton, MA to Attleboro. Tom purchased the Richardson Insurance Agency in 1978. Over his long and distinguished insurance career he owned or co-owned several other area agencies, including the Plainville Insurance Agency and the Hazel West Agency. For his entire Attleboro career, he based his operations at 7 North Main Street and 8 Park Street. Tom was a Certified Insurance Counselor and a MA Licensed Insurance Adviser. In addition, he was on the board of directors of the Independent Insurance Agents Association of Massachusetts from 1989-1992. In January of 2003 Tom sold the agency to his son, Mark, while Tom continued as Chairman of the Board and Treasurer until his retirement. Tom was a true pillar of the Attleboro community. He was respected and admired for his honesty, integrity, generosity and dedication. He generously supported in time and money organizations including the Attleboro Lions Club (President) Attleboro Serra Club (President) and Attleboro Area Mental Health Association Inc. (President). He served on the Board of Trustees of Bishop Feehan High School (1982-1995) and was a foundation member of Sturdy Memorial Hospital Foundation for decades, chairing the education committee for years. In addition to time with his family, Tom enjoyed backpacking in the White Mountains of New Hampshire, Tuesday Night Twilight Golf at Highland Country Club, where he was a member for over 50 years. Tom was a huge supporter of the YMCA since he was in 7th grade in the Melrose Y and then became a member of the Attleboro Y in 1966. He was currently the longest serving member of the Board the Directors at 49 years. In thanks to Tom and wife Ellie’s service and generosity, the Y christened the “Cuddy Kids Gym” in 2014. At the dedication, Ellie kidded that for many years she was a Y widow. He was also recognized as YMCA Legacy in 2020 along with his mentor Roger Richardson. In the late 40s/early 50s, Tom was a caddy and eventual Director of the Mount Washington Hotel Caddy Camp in Bretton Woods, NH. At age 66, Tom pursued downhill skiing at New Hampshire’s Cannon Mountain. Tom is survived by his beloved wife of 66 years, Eleanor M. (Neville) Cuddy; his children Thomas H. Cuddy III and his wife Lisa Cuddy of Stamford, CT; Mark S. Cuddy and his wife Robin T. (McDonald) Cuddy of Wrentham; John M. Cuddy and his wife Diana Cuddy of Mansfield; Ellen M. Cuddy and her partner Patrick Murphy of Attleboro and Jeanne Cuddy-Peretz and her husband Shimon C. Peretz, of Wainscott, NY. He had three deceased half-sisters, June Burns of Cambridge MA, Virginia Thompson, La Jolla, CA., and Priscilla Hardee, Yosemite, CA. He leaves one nephew Donald Thompson and his wife Barbara of La Jolla, CA. He is also survived by his grandchildren Danielle Habdas and her husband Matthew of Stamford, CT; David Cuddy of Los Angeles, CA; Molly B. Cornetta and husband Derek of Attleboro; Mackenzie F. Donovan and her husband Michael of North Attleboro; Mark Seamus Cuddy of Attleboro; Madeline Cuddy of Mansfield and five great grandchildren Hunter, Cash, Lily, Max and Leo. In lieu of flowers, the family requests that donations be made to the Attleboro YMCA, 63 North Main St, Attleboro, MA 02703 or St. John the Evangelist Church,1 St. John’s Place, Attleboro, MA 02703. A funeral mass will be held at 12 PM, Monday March 1st , 2021 at St. John the Evangelist Church, 133 Main Street, Attleboro. Prior to the funeral, the family will be receiving friends and relatives at calling hours from 10:00-11:30am at Duffy-Poule Funeral Home. Private burial immediately following at St. John’s Cemetery, Attleboro. For the safety of those who wish to pay their respects, please do so in accordance with CDC, Federal and State guidelines, including social distancing and the use of face masks. Arrangements are by the Duffy-Poule Funeral Home in Attleboro.

ATTLEBORO&#8212;Thomas H. Cuddy Jr., 88, of Attleboro, passed away peacefully on Thursday, Feb 25th at his home after a brief illness. He was surrounded by family. Born in New York City, he was the son of the late Thomas H. Cuddy Sr. and Agnes... View Obituary & Service Information

The family of Mr. Thomas H. Cuddy Jr. created this Life Tributes page to make it easy to share your memories.

Send flowers to the Cuddy family.