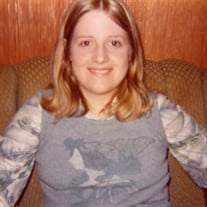 NORTON- Suzanne Lynne Lofgren, 64, of Norton, passed away surrounded by her loving family on Thursday, April 26, 2018, at Sturdy Memorial Hospital in Attleboro. She was the adoring wife to Peter Lofgren of Norton. She was born on August 18, 1953, in Attleboro. Suzanne was the loving daughter to Alice D. (McNamara) Sanford and the late Edward Sanford III. For over 30 years, Suzanne worked at both St. Anne’s Hospital in Fall River and Sturdy Memorial Hospital in Attleboro. Prior to that, she worked as an office manager for Dick Sweet at Howard H. Sweet & Son, Inc., also in Attleboro. She was also a member of Seekonk Congregational Church. Some of Suzanne’s favorite memories were made during the summers she spent at Curlew Pond in Myles Standish State Park, Plymouth. She was also known for her adventurous attitude and was always ready to go somewhere, which enabled her to go on many fun and exciting adventures. Suzanne was an avid lover of animals and more than anything, she cherished and lived for the time she spent with her grandchildren. In addition to her husband and mother, Suzanne is survived by her dear children, Kimberly Barbara Lofgren of Norton, Patrick Michael Lofgren and his significant other Kate both of Berkley, Kevin Nils Lofgren and his wife Melissa of Coventry, R.I, and Jennifer Lynne Robbins and her husband Zachary of Norton; her treasured grandchildren, Connor P. Lofgren, Charlie R. Lofgren, Edward B. Lofgren, Cole E. Robbins, and Danica M. Robbins; her siblings, Edward Sanford of Washington and Mary Sanford Moore of Attleboro; and also survived by many nieces and nephews, especially Heather Kelley and Jason Burtwell. Relatives and friends are invited to attend a visitation on Tuesday, May 1, 2018, from 4 to 7 p.m. in the Duffy-Poule Funeral Home, 20 Peck St., Attleboro. A private graveside service will take place at North Purchase Cemetery, North Main Street, Attleboro. In lieu of flowers, please consider making a donation in Suzanne’s memory to the Humane Society of the United States, 1255 23rd Street, NW, Suite 450, Washington, DC 20037 or directly to the following web address: http://www.humanesociety.org/

NORTON- Suzanne Lynne Lofgren, 64, of Norton, passed away surrounded by her loving family on Thursday, April 26, 2018, at Sturdy Memorial Hospital in Attleboro. She was the adoring wife to Peter Lofgren of Norton. She was born on August 18,... View Obituary & Service Information

The family of Mrs. Suzanne Lynne Lofgren created this Life Tributes page to make it easy to share your memories.

Send flowers to the Lofgren family.