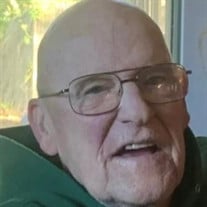 Stephen R. Hardt (aka TT) of Attleboro, passed away peacefully on May 26, 2021 at 79 years of age. Son of the late Grace May (Woll) and John W. Hardt. Loving brother of David Hardt of Easley, SC, Thomas Hardt of Poca, VA, Joseph Hardt of Kilgore, Texas and the late Dorothy Burt (Pretty Uncle Dot) and Gregory Hardt. Cherished uncle of many nieces and nephews who loved him so much! And father to his beloved 13-year-old black lab dog Pepper. Stephen was born and raised in Attleboro, graduating from Attleboro High School class of 1959. He joined the U.S. Air Force and was stationed in Thailand mostly during the Vietnam War. He also went to Germany in the 60’s for a few years as well as stationed in Washington D.C. for many years after that. Stephen traveled all around the world while in the military. After serving active duty for 24 years, he came home to take care of and help out his mother and family at home in Attleboro. Stephen’s favorite pastimes were answering all of the questions on Jeopardy (correctly) before the contestants, stumping everyone at Trivial Pursuit, beating everyone at Scrabble and making tests for family gatherings and had a love for history and an occasional sip of a highball. He was a huge animal lover, especially the Labrador Retriever. He spoke four different languages, especially the German language which he knew fluently and took pride in his American Flag. He would watch MSNBC and follow politics daily and was an avid reader hoping it would teach him something new, which was hard because he knew a lot. Stephen’s hobbies included following the Royal family, loved to manicure his lawn on the weekends, Sunday crossword puzzles, being Santa Claus for Xmas and handing out all the gifts which made the holidays very special. He religiously listened to Opera and Motown music. Stephen took pleasure in preparing Sunday dinners for his family. He took pride in learning grammas meatballs and cabbage roll recipes and were served often at family gatherings. Food was a big passion, as he “fancied” something different quite often. He loved being with his family and showed slide shows of his worldly travels during gatherings. He adored his mother until the end. He was the patriarch of the family and will be so very missed! Relatives and friends are invited to attend a Memorial Visitation on Wednesday, June 23, 2021 from 5-7 PM at Duffy-Poule Funeral Home, 20 Peck Street, Attleboro. The funeral will be private.

Stephen R. Hardt (aka TT) of Attleboro, passed away peacefully on May 26, 2021 at 79 years of age. Son of the late Grace May (Woll) and John W. Hardt. Loving brother of David Hardt of Easley, SC, Thomas Hardt of Poca, VA, Joseph Hardt of Kilgore,... View Obituary & Service Information

The family of Mr. Stephen R. Hardt created this Life Tributes page to make it easy to share your memories.

Stephen R. Hardt (aka TT) of Attleboro, passed away peacefully...

Send flowers to the Hardt family.