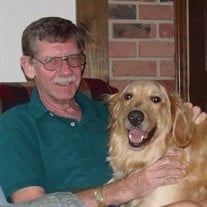 SCARBOROUGH, Maine – Roland Joseph Grenier, 78, passed away peacefully on Saturday, August 29, 2020, at his residence. He was the loving husband of Joanne (Hunt) Grenier. He was born on July 23, 1942 in Bridgeport, CT, the son of the late Joseph Edmund Grenier, Jr. and Zelma Gloria (Silverstone) Grenier. Roland attended the Attleboro School System from K-12, graduating in 1960. He then furthered his studies at Bryant University and graduated in 1968 and then on to Roger Williams University. He was a Navy veteran. Roland spent his career in Supply Chain Management. He was very active in the Purchasing Managers Association of Rhode Island (PMARI), where he earned his CPM, received several leadership and service awards, and held several offices, including President (1999-2000). Roland served for two years as an Attleboro City Councilor in the 1960’s. He was involved with Boy Scouts for many years and was a coach for Attleboro Little League and Soccer. He lived in Scarborough, ME most recently and Tucson, AZ where he spent about 5 months each year in Tucson. Roland enjoyed traveling, reading, home repairs and renovations, spending time on the beach, and wintering in Tucson, AZ. While in Arizona he was an active member of the Park West Retirement Community where he served on the Social Committee and helped run the annual fundraiser festival. In addition to his wife. Roland is survived by his children, Karen and spouse Caroline Cloutier of Keene, NH, Debrah and Carl Howes of Hudson, NH, Elizabeth Dennehy of Attleboro, MA, David Grenier of Providence, RI; seven grandchildren, Ian Howes, Fionna Howes, Thomas Cloutier, Gretchen Cloutier, Katherine Dennehy, Ryan Dennehy, and Alison Dennehy; numerous nieces, nephews, great nieces and great nephews. Private funeral services will be held by the family. in lieu of flowers, donations may be made in memory of Roland to the American Heart Association/ American Stroke Association, P.O. Box 417005, Boston, MA 02241-7005.

SCARBOROUGH, Maine &#8211; Roland Joseph Grenier, 78, passed away peacefully on Saturday, August 29, 2020, at his residence. He was the loving husband of Joanne (Hunt) Grenier. He was born on July 23, 1942 in Bridgeport, CT, the son of the... View Obituary & Service Information

The family of Mr. Roland Joseph Grenier created this Life Tributes page to make it easy to share your memories.

Send flowers to the Grenier family.