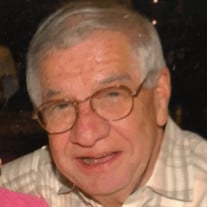 Robert E. Lee, age 86, of Falls Village, CT (formerly of South Attleboro, MA), passed away peacefully, on November 25, 2021. He was the beloved husband of the late Jean M. (Logan) Lee, to whom he was wed for 59 years. Born in Attleboro, MA. on September 11, 1935, he was a loving son of the late Joseph and Delia (Gilligan) Lee. He was a loving husband, father, grandfather, and great-grandfather. He is predeceased by his brothers John and Thomas Lee. Robert grew up in Attleboro, MA and was a 1953 graduate of Attleboro High School. Upon graduation, he served in the United States Air Force. After completing his military service, he attended the University of Massachusetts and graduated from Bryant College. Robert worked for the Rhode Island Division of Taxation for several years in various managerial positions. Following his time working for the Rhode Island Division of Taxation, he was the Business Manager for Paratronix, Inc. of Attleboro, MA. for several years. Robert was active in several community organizations. He served as a coach and a member of the Board of Directors for the Darlington American Little League and Darlington Plains Youth Basketball organizations for several years, was a member of the City of Pawtucket’s Pension Board for several years and was an active member of the Knights of Columbus – Delaney Council for several years. Robert enjoyed traveling and went on numerous trips and cruises with his wife. He enjoyed reading, dining out, following his favorite sports teams, and keeping in regular touch with friends, going all the way back to his high school years. In addition to his wife, he is survived by his son, Robert E. Lee Jr. and his wife Mary-Anne of Hudson, OH, his daughter, Cynthia (Lee) Conklin of Falls Village, CT, his four grandchildren Brigid and Connor Lee of Hudson, OH, Melissa Rabbitt and her husband Adam Lomazoff of Waltham, MA, Jaime Lee Conklin of Stamford, CT, his 2 great grandchildren Greyson and Cooper of Waltham, MA; his sister, Joanne (Lee) Keough and several nieces and nephews. His Catholic Funeral Mass, to which relatives and friends are cordially invited to attend, will be celebrated on a date to be determined. Visiting hours are omitted and those wishing to, may remember Robert with a donation to Noble Horizons (Attn: Bill Pond), 17 Cobble Road, Salisbury, CT 06068.

Robert E. Lee, age 86, of Falls Village, CT (formerly of South Attleboro, MA), passed away peacefully, on November 25, 2021. He was the beloved husband of the late Jean M. (Logan) Lee, to whom he was wed for 59 years. Born in Attleboro, MA.... View Obituary & Service Information

The family of Mr. Robert E. Lee created this Life Tributes page to make it easy to share your memories.

Send flowers to the Lee family.