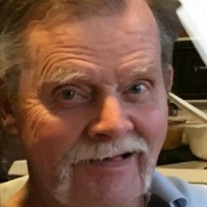 ATTLEBORO – Robert Saxon Easton, 71, of Attleboro passed away on Sunday, August 9, 2020 at the Sturdy Memorial Hospital, Attleboro. Born on December 31, 1948 in Attleboro, MA, he was a son of the late Edward F. Easton and Dorothy A. (Anderson) Easton. A lifelong resident of Attleboro, although briefly residing in Seekonk in the 1990’s. Robert was a graduate of Attleboro High School Class of 1966. He then attended Bryant University and received a Bachelor’s Degree in 1972. Robert was the President of the Easton Company for many years. He also worked for the Attleboro School District. He was a member of the Murray Unitarian Universalist Church in Attleboro and enjoyed caring for all his plants, especially his bonsai trees. Robert was passionate about current events and you would always find him watching or reading the news. The family would like to offer their sincere appreciation to Attleboro HealthCare for many years of care they provided to Robert. Robert is survived his children, Jodie Poljacik and her husband Brian of Grantham, NH, Ana Cameron and her husband John of North Smithfield, RI, Kim McLaughlin of Westwood; his brother, Edward Easton and his wife Judy of Virginia Beach, VA; his two granddaughters, Haley Jones of Tewksbury and Lillian Poljacik of Grantham, NH; Robert also leaves his nephew, Brian Easton of Chesapeake, VA and his cousin, Ruth Mono of Shoreline, WA. Robert was the brother of the late William Easton. A graveside service will be held on Monday, August 17, 2020 at 11:00 AM at North Purchase Cemetery, 825 N. Main Street, Attleboro, MA. In lieu of flowers, donations may be made to the Attleboro HealthCare; Activities Dept., 27 George Street, Attleboro, MA 02703. Funeral arrangements are entrusted to Duffy-Poule Funeral Home, 20 Peck Street, Attleboro, MA 02703.

ATTLEBORO &#8211; Robert Saxon Easton, 71, of Attleboro passed away on Sunday, August 9, 2020 at the Sturdy Memorial Hospital, Attleboro. Born on December 31, 1948 in Attleboro, MA, he was a son of the late Edward F. Easton and Dorothy A.... View Obituary & Service Information

The family of Mr. Robert Saxon Easton created this Life Tributes page to make it easy to share your memories.

Send flowers to the Easton family.