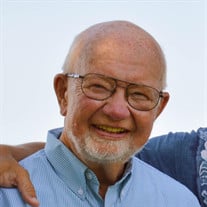 ATTLEBORO – Robert Leonard Anderson, 81, of Attleboro passed away on Tuesday, July 11, 2017 in the Sturdy Memorial Hospital. He was the loving husband of 50 years to Judith Ann Bridget (Quinn) Anderson, of 17 Brookwood Road, Attleboro, their home together their entire married life. Born on June 29, 1936 at the Sturdy Memorial Hospital, Attleboro, he was a son of the late Olaf Leonard and Helen Linnea (Johnson) Anderson. Robert received his Bachelor’s Degree in Accounting from Boston University and continued his graduate work in Business Administration at the University of Michigan. He was office manager and controller for two Visiting Nurse Agencies and at the office of Eastern Repair and Weatherproofing, a construction company in Providence, RI. Robert used his loved making spreadsheets, budgets, and accuracy with numbers. Rob was an avid Red Sox fan who saw his team play at 41 different stadiums across the country. He loved to drive to the games, explore, and meet new people while he kept score on paper - the old fashioned way. He also enjoyed watching and talking about the Celtics with his son Greg and cheering for the Patriots. Rob attended more than 50 consecutive “Thanksgiving Day” football games to cheer on his alma mater, Attleboro High School. He was a lifetime member of Immanuel Lutheran Church in Attleboro. Church was very important to Rob. He regularly attended worship services and has participated on every committee in the church, and on the congregational council as President and most recently the Treasurer. He was a long time member of the church men's league bowling team. Rob was a past President of the American Plate Number Singles Society, representing a portion of his stamp collecting interest, and he volunteered on the board at Beta Community Services and was supporter of Food and Friends soup kitchen here in Attleboro. Rob was always an optimist, with a smile and keen ability to look at things in a positive way. Spending time with family was the highlight of his life. In addition to his wife Judy, whom he cared for as she developed Alzheimer's disease, Rob is survived by his daughter, Jill M. Richards her husband Michael; his son, Gregory L. Anderson and his wife Kate (Bush) Anderson; his granddaughters, Meredith Linnea Richards, Lauren Joyce Richards and Molly Alice Anderson; a sister, Gail Marie Hall and her husband Roger Lee Hall; his "Double Cousin" Carol Britton and her partner Vern Witherell, and Carol's children David Britton and Laura Britton Dallaire and her husband Donald Dallaire, and their daughter Ellen Esther Dallaire. Relatives and friends are invited to attend a visitation on Saturday, July 15 from 10 – 11 a.m. in the Immanuel Lutheran Church, 647 N Main St, Attleboro, immediately followed by a service at 11 a.m. in the church. Burial will follow in the North Purchase Cemetery, Attleboro. In lieu of flowers please send donations to the Immanuel Lutheran Church, Building Fund, 647 N Main St, Attleboro, MA 02703.

The family of Mr. Robert Leonard Anderson created this Life Tributes page to make it easy to share your memories.

Send flowers to the Anderson family.