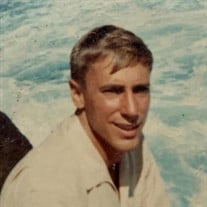 FRANKLIN – Philip Eric Hulbig, 73, of Franklin, passed away on Sunday, June 14, 2020 at the Massachusetts General Hospital, Boston. Born on January 17, 1947 in Boston, MA he was a son of the late William J. and Mildred G. (Carlson) Hulbig. Philip proudly served in the United States Army during the Vietnam Conflict from 1968 to 1969 in the 1st Infantry Division, 2nd Battalion, 28th Infantry Reg., “The Black Lions” where he received a Silver Star Medal and a Bronze Star Medal for his exceptional service. He was a graduate of Wentworth Institute and owned and operated the family business,WJ Hulbig Construction which was started by his father in 1956. Philip was a resident of Westwood from 1967 – 1972, Walpole from 1972 -1979, Wrentham from 1980-2010 and settled in Franklin since 2011. He was a member of the Norwood Masonic Lodge and long-time youth hockey pioneer with KP Walpole, Jr Friars and Jr Eagles. Philip was the head coach for the Bishop Feehan Hockey program from 2002 – 2015. He was inducted into the Bishop Feehan Athletic Hall of Fame in 2017. He coached Bishop Feehan to 156 victories, 12 winning seasons and 12 MIAA tournament appearances. Philp had a passion for golf and loved playing with his friends and family. He is survived by his children, Philip Hulbig and his wife Laurene of North Attleboro, Joseph Hulbig and his wife Tara of Foxboro, Melissa Hurley and her spouse Ken of Northboro, Michael Hulbig and his wife Jamie of Franklin and William Hulbig of North Attleboro; his nine grandchildren, Philip, Regan, Michael, Connor, Gretta, William, Georgia, Hailey, and Joseph; his two brothers, Mark Hulbig and his wife Magdalena of Natick and William Hulbig and his wife Dorothy of Cotuit. The family is most grateful for all the care and support provided to Philip by all the nurses and doctors at the Massachusetts General Hospital. Relatives and friends are invited to attend a memorial visitation from 4 – 7 p.m. on Friday, June 19, 2020 at the Duffy-Poule Funeral Home, 20 Peck Street, Attleboro. For the safety of those who wish to pay their respects, may do so in accordance with CDC, Federal and State guidelines including social distancing and the use of face masks. Burial in the Massachusetts National Cemetery will take place privately at a later date. In lieu of flowers or other requests, please consider a donation to Massachusetts General Hospital- https://giving.massgeneral.org/donate/ please identify that you are making your donation in honor of Philip’s memory.

FRANKLIN &#8211; Philip Eric Hulbig, 73, of Franklin, passed away on Sunday, June 14, 2020 at the Massachusetts General Hospital, Boston. Born on January 17, 1947 in Boston, MA he was a son of the late William J. and Mildred G. (Carlson) Hulbig. Philip... View Obituary & Service Information

The family of Mr. Philip Eric Hulbig created this Life Tributes page to make it easy to share your memories.

FRANKLIN – Philip Eric Hulbig, 73, of Franklin, passed away on...

Send flowers to the Hulbig family.