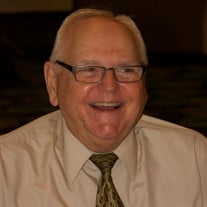 NORTON – Paul Gardner Sargent, 81, of Norton passed away surrounded by his loving family on Wednesday, December 12, 2018 at Sturdy Memorial Hospital. He was the devoted husband to Julia Lolene (Dowdy) Sargent of Norton. Born on Christmas Eve in 1936, he was a son of the late Gardner Bruce and Alice (Angel) Sargent. Paul attended Bentley College and received an Associate in Science of Accounting. He also served in the United States Army as a Private First Class stationed in Fort Gordon, Augusta, GA during the Berlin Crisis. Paul was extremely hard working, even starting at the early age of 5. During his adulthood, Paul worked for the FRAM Corporation which in 1967 was purchased by the Bendix Corporation from which he retired after 25 years. He entered the workforce again and was employed by the Boston Insulated Wire Co. which later became Draka USA until his second go of retirement after over 20 years of employment there. Paul was an avid sports fan and he spent every spare moment supporting and leading church ministry, befriending everyone with whom he came in contact. People were his hobby and he had a special heart for those in most need of a caring friend. He was raised in the First Presbyterian Church in Newport, RI, but throughout his life, was involved with Darlington Congregational Church, Pawtucket, RI; Faith Bible Chapel/Community Covenant Church, Seekonk; Mansfield Assembly of God; Victory Christian Center, Franklin; Grace Community Chapel, Seekonk and New Testament Baptist/Life Church, Norton. In addition to his wife, Paul is survived by his sister, Shirley Hartfield of Machias, ME and his brother, Ken Sargent and his wife, Kathy, of Cranston, RI. He is also survived by his children, Lisa Polakowski and her husband, Bob of Taunton, Gregory Sargent of Franklin, Andrew Sargent and his wife, Melodie of Norton and David Sargent and his wife, Hui of Westborough; his grandchildren, Lauren Rovaldi, Christopher, Jessica, Jeffrey, Drew, and Meredith Polakowski; Brittany Warner, Tori Marocco, and Kaeli and Geoffrey Sargent; Amanda Joyce, Benjamin, Rebekah, and Lakynne Sargent; and Cordelia Sargent; his great grandchildren, Natalie, Nikolas, Christopher and Audriana Rovaldi, Cami, Harper and Shepherd Warner, Landree and Collyns Marocco, and Savannah Eastwood, and several nieces and nephews. Paul was great grandfather of the late Jaxon Gregory Marocco. Relatives and friends are invited to a visitation from 2 – 5 p.m. on Sunday, December 16, 2018 in Duffy-Poule Funeral Home, 20 Peck Street, Attleboro, MA. In lieu of flowers, please make donations to Legacy Christian Academy, 1 New Taunton Avenue, Norton, Massachusetts 02766. A memorial service will be held from 3 – 5 p.m. on Saturday, December 29, 2018 at Life Church, 1 Taunton Avenue, Norton, Massachusetts. Interment will be private.

NORTON &#8211; Paul Gardner Sargent, 81, of Norton passed away surrounded by his loving family on Wednesday, December 12, 2018 at Sturdy Memorial Hospital. He was the devoted husband to Julia Lolene (Dowdy) Sargent of Norton. Born on Christmas... View Obituary & Service Information

The family of Mr. Paul Gardner Sargent created this Life Tributes page to make it easy to share your memories.

Send flowers to the Sargent family.