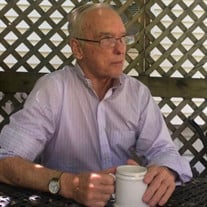 Paul F. Ouellet, 77, of Attleboro MA, passed away peacefully on February 20, 2021 at Sturdy Memorial Hospital in Attleboro MA. He was the beloved husband to the late Constance (Bentley) Ouellet. Born in Attleboro on March 14, 1943, Paul was the son of the late Francis Ouellet and the late Marie (Beane) Ouellet. He grew up in Attleboro and graduated with the class of 1961 from Attleboro High School. He continued his education at Springfield College in Springfield MA, where he met his future wife Connie Bentley. Paul enlisted into the Marines Corp, served a two-year term in the Vietnam War and was honorably discharged in 1968. Upon his return, he continued his education and received a Doctrines Degree in Special Education at Providence College. Paul taught special education at the Mount Pleasant High School of Providence R.I. for thirty years. There he received the Coach of the year award for wrestling. Highly skilled and ranked in various Martial art forms, he taught the Green Berets Close quarter combat at Fort Bragg. As a hobby, he enjoyed teaching his close friends and family his wealth of knowledge in his own private Dojo at his residency in Attleboro. He was predeceased by his loving and devoted wife Constance J. Ouellet, whom he was wed for 38 years, and his beloved sister Sandra Beauregard who passed in 2019. He is survived by his daughters Marie Ouellet of Gloucester MA and Renee (Ouellet) Drougkas of Attleboro Ma. His three sisters: Arlene Tingley of Nokesville, VA: Joan Ouellet of Newtown, CT: Gail Bechard of Lancaster, NH, brother; Todd Ouellet of Seekonk and his three grandchildren: Ocean Rose Calpin, Maria Ouellet and Athan Drougkas. Relatives and friends are invited to attend a visitation on Saturday, April 17, 2021 from 10-12 PM. A service of Christian Burial will be held at 12 PM at Duffy-Poule Funeral Home. Burial will follow at St. Mary's Cemetery, N. Attleboro. For the safety of those who wish to pay their respects, please do so in accordance with CDC, Federal and State guidelines, including social distancing and the use of face masks.

Paul F. Ouellet, 77, of Attleboro MA, passed away peacefully on February 20, 2021 at Sturdy Memorial Hospital in Attleboro MA. He was the beloved husband to the late Constance (Bentley) Ouellet. Born in Attleboro on March 14, 1943, Paul was... View Obituary & Service Information

The family of Paul Ouellet created this Life Tributes page to make it easy to share your memories.

Send flowers to the Ouellet family.