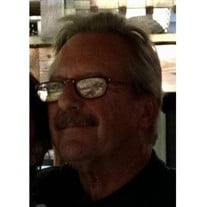 ATTLEBORO – Paul M. Kerr, 65, of Attleboro, passed away unexpectedly on Monday, November 11, 2019 in the Sturdy Memorial Hospital, Attleboro. He was the loving husband of Susan M. (McQuarrie) Kerr of Attleboro for the past 40 years. Born on March 26, 1954 in Norwood, MA, he was the son of the late James and Natalie (Gaudet) Kerr. Paul grew up in Foxborough and was a graduate of Foxborough High School Class of 1972. He continued his education at Springfield College. Paul was employed at Star Market for over 20 years and currently worked for Hilco Vision for the past 17 years. He was an avid New England Patriots fan and enjoyed playing cribbage, cooking, computer games, dancing and spending time with his precious grandchildren. Paul also was a huge fan of the Celtic Thunder. In addition to his wife, Paul is survived by his children, Jennifer Faria and her husband Niel of North Attleboro, Brian Kerr of Attleboro and Meaghan Kerr and her companion Mark Vassar both of Attleboro; his two grandchildren, Zoe and Zac Faria both of North Attleboro; his brother, John Kerr and his wife Janet of FL and many nieces and nephews. Relatives and friends are invited to attend a visitation from 4-8 p.m. on Friday, November 15th, 2019 in the Duffy-Poule Funeral Home, 20 Peck Street, Attleboro. Private burial services will take place at a later date. In lieu of flowers, donations in Paul’s name may be made to the American Diabetes Association, P.O. Box 15829 Arlington, VA 22215 would be appreciated.

ATTLEBORO &#8211; Paul M. Kerr, 65, of Attleboro, passed away unexpectedly on Monday, November 11, 2019 in the Sturdy Memorial Hospital, Attleboro. He was the loving husband of Susan M. (McQuarrie) Kerr of Attleboro for the past 40 years. Born... View Obituary & Service Information

The family of Mr. Paul M. Kerr created this Life Tributes page to make it easy to share your memories.

Send flowers to the Kerr family.