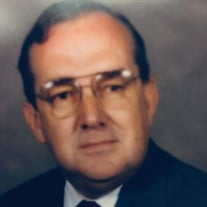 NORTH ATTLEBORO – Paul B. Fitzsimmons, 81, of North Attleboro passed away on Thursday, January 10, 2019 in the Madonna Manor Rehabilitation unit, North Attleboro. He was the loving husband of Claudia A. (Mafera) Fitzsimmons of North Attleboro. Born on November 7, 1937 in Peabody, MA he was a son of the late William and Mary (Murphy) Fitzsimmons. Paul was a graduate of Bridgewater State University where he received his Bachelor’s Degree in Social Work. He was employed as a licensing inspector for the Massachusetts Department of Public Health for nearly 20 years. Paul's Catholic faith was paramount in his life. He was Eucharistic Minister during his years at Sacred Heart and he was a member of the Knights of Columbus Council Thomas P McDonough #330. Paul loved his family and friends and spent many hours watching the Red Sox, traveling to Cape Cod and Sanibel Island and eating lobster rolls, Cape Cod Cafe and Iggy’s Seafood. In retirement, he would go on long drives with his beloved dog, “Yorkie”. In addition to his wife, Paul is survived by his two sons, Mark T. Fitzsimmons of Dayton, NV and Patrick B. Fitzsimmons of Mansfield; his daughter, Theresa M. (Fitzsimmons) Osenkarski of Phoenix, AZ; his two step daughters, Catherine Brandley of Attleboro and Adrienne Bentz of Foxboro; nine grandchildren; six great grandchildren and his brother, Peter Fitzsimmons of Henderson, NV. He was the father of the late Debra A. (Fitzsimmons) Trujillo. Relatives and friends are invited to attend a visitation on Thursday, January 17, from 4 - 8 pm in the Duffy-Poule Funeral Home, 20 Peck St. Attleboro. A funeral will be conducted on Friday at 9:30 am from the Duffy-Poule Funeral Home, followed by a Mass of Christian burial at 10:30 am in St. John the Evangelist Church, 133 North Main St., Attleboro. Burial will follow in the St. John’s Cemetery, Attleboro, MA. In lieu of flowers, donations in Paul’s memory may be made to: Hospice of CVNA, 10 Emory Street, Attleboro, MA 02703, Madonna Manor Nursing Home, 85 North Washington Street, North Attleboro, MA 02760 or the Sturdy Memorial Foundation Inc., Attn: Development Office P.O. Box 2963, Attleboro, MA 02703.

The family of Mr. Paul B. Fitzsimmons created this Life Tributes page to make it easy to share your memories.

Send flowers to the Fitzsimmons family.