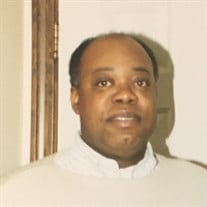 ATTLEBORO- Norvel S. Cason, 74, of Attleboro, passed away after a long and hard fought battle with prostate cancer, on the morning of Monday, August 13, 2018, at his home with his devoted wife of 49 years by his side. He was the dedicated and beloved husband to Edna (Jones) Cason of Attleboro, whom he happily married on April 5, 1969. Born on March 28, 1944, in Lakeland, Florida, Norvel was the dear son of the late Robert and Albertha (Cole) Cason. Norvel was the proud recipient of a full scholarship to McQuaid Jesuit High School in Rochester, NY, where graduated in 1961. After high school, he attended Howard University where he earned his Bachelor of Science in Engineering, graduating in 1967. In 1987, Norvel graduated from Suffolk University with his Masters of Science degree. Following his many years of hard work and education, Norvel enlisted in the United States Air Force as a commissioned officer. He served 4 years, obtaining the officer rank of Captain. During his time in the service, Norvel put his engineering background to use. He was respectfully assigned to NASA where he worked on experiments conducted on the Moon for the first lunar landing on July 20, 1969. He served from 1969, until his honorable discharge in 1973. Following his time in the service, Norvel worked as a software engineer for several companies including Harte Hanks, Chase Bank, Polaroid, Interactive Data and Gillette. A man of deep faith, Norvel was very active in his church. He was a parishioner at St. Mary’s Catholic Church in Norton, where he held many positions and volunteered much of his time. While he was at St. Mary’s, he was a CCD teacher for over 20 years, a Lector during Mass, a Eucharistic Minister, he served on the Church Council, and he was also a valued member of the Knights of Columbus Council #11690, where he rose to the level of 3rd Degree Knight. Norvel also enjoyed lending a helping hand at the National Shrine of Our Lady La Salette in Attleboro. At La Sallete, he was also a regular volunteer as an usher during the Christmas Bazaar and on youth retreats as well. In his spare time, Norvel enjoyed tinkering with old electronic equipment. He also truly treasured every moment spent with his family and friends. In addition to his wife, Norvel is survived by his cherished daughter, Kareen (Cason) Blake and her husband Karl; his grandchildren, Kaleb and Kayla Blake; his sister, Aloma Cason of Rochester, NY; his aunt, Amerine Douse of Rochester, NY; his cousins, Sharyn Cole of Auburndale, FL and Keith Douse of Rochester, NY; also many friends and extended family members. He is predeceased by his parents. Norvel’s family and friends would like to graciously express thanks to his sister-in-law, Sandrel (Jones) Webster for her great support and gift of presence during Norvel’s final days. They would also like to recognize Deacon Paul Kline and also the Prayer Group from St. Mary’s Church Norton, for all of their prayers and thoughts during Norvel’s battle with cancer. Lastly, they would like to acknowledge Old Colony Hospice Care Team for taking such good care of him and making his last few weeks so comfortable. Relatives and friends are invited to attend a visitation on Sunday, August 19, 2018 from 3 to 6 p.m. in the Duffy-Poule Funeral Home, 20 Peck St., Attleboro. A Mass of Christian Burial will be held on Monday, August 20, 2018 at 10 a.m. at St. Mary’s Church, 1 Power Street, Norton. Burial with military honors will take place privately at the Massachusetts National Cemetery, Connery Ave., Bourne. In lieu of flowers, donations in Norvel’s memory may be made to the Capital Campaign, St. Mary’s Church, Norton, MA 02766.

ATTLEBORO- Norvel S. Cason, 74, of Attleboro, passed away after a long and hard fought battle with prostate cancer, on the morning of Monday, August 13, 2018, at his home with his devoted wife of 49 years by his side. He was the dedicated and... View Obituary & Service Information

The family of Mr. Norvel S. Cason created this Life Tributes page to make it easy to share your memories.

ATTLEBORO- Norvel S. Cason, 74, of Attleboro, passed away after...

Send flowers to the Cason family.