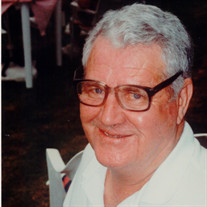 North Attleboro – Maurice Peter “Pete” Gregory, 83, of North Attleboro passed away at home on Sunday, December 16, 2018. He was the husband of the late Gertrude (Murphy) Gregory. Born on February 12, 1935 in Clinton, MA he was a son of the late Maurice F. and Olga (Kusmo) Gregory. After graduating high school, Pete joined the US Air Force, where he received The National Defense Service Medal. He was employed by Massachusetts Electric for over 30 years, until his retirement in 1993. Pete had a passion for woodworking and crafted many pieces of furniture, which have become treasured heirlooms for his children and grandchildren. He enjoyed traveling and made several trips to Ireland, Maine, Minnesota, and a recent tour of the US National Parks. Pete was very active in caring for his home and yard and was extremely dedicated to his family. Pete spent many mornings at A & J Restaurant in North Attleboro, enjoying breakfast with his many friends He is survived by his three sons, Michael and his wife Christine, Shawn and his wife Lisa and David and his wife Deborah; three grandchildren, Missy, Brenna, and Liam ; two great grandchildren, Cassidy and Levi; four sisters, Jeannette Gutteridge, Pauline Rice, Evelyn Tobey and Louise Frost as well as numerous nieces, nephews, cousins and countless friends. The Gregory Family would like to thank Community VNA Hospice Services, specifically Gail Robey, RN and Sheri Warsofsky, CNA, for their unwavering kindness and continued support. Relatives and friends are invited to attend a memorial visitation from 10 a.m. – 12 p.m. on Thursday January 3rd, 2019 in the Duffy-Poule Funeral Home, 20 Peck Street Attleboro. A funeral home service will be held immediately following the visitation at 12 p.m. Burial will follow in the Shepardville Cemetery, Route 152, Plainville, MA. In lieu of flowers, the family asks that donations be made in Pete’s Memory to the Community VNA Hospice Services, 10 Emory Street, Attleboro, MA 02730.

The family of Mr. Maurice Peter Gregory created this Life Tributes page to make it easy to share your memories.

Send flowers to the Gregory family.