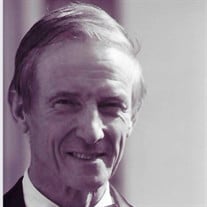 Marcus Page Robbins Jr, 88 Marcus passed away peacefully in his home in Attleboro, Massachusetts on Tuesday, March 22, 2022. His daughter, Janet, and long time family friend, Sarah Mott Schaefer, were by his side. Marcus is survived by his children Andrew (Laurie) Robbins and Janet (Brian) Robinson, both of Seattle, WA. Marcus was preceded in death by his wife Judy Robbins in 2015, his brother Sam Robbins of Attleboro in 2011, and his sister Connie Paulding of Salt Lake City in 2022. Marcus was born in Pittsburgh, PA on March 28, 1934 and was the oldest of three children of Marcus and Elizabeth Robbins. They moved to Attleboro when Marcus was in grade school, and his father founded Bottomley & Robbins in 1948. Marcus spent his high school years at Tabor Academy in Marion, MA where he first learned to love sailing. He attended Cornell University, in Ithaca, NY, where he was a member of Kappa Sigma fraternity, rowed crew in a men’s lightweight eight, and participated in ROTC. He graduated in 1957 with a Bachelor’s Degree in Mechanical Engineering and a commission in the US Navy. He served as a Lieutenant from 1957 until 1959, and had fond memories of being stationed in the Pacific Northwest and skiing near Mt. Rainier. Marcus left the Navy and worked at various jobs in Berkeley, CA while pursuing a Master’s Degree. He met Judith Hoffman at the wedding of his friend Peter Conti and her friend Carolyn Stafford. Marcus and Judy were married on June 25, 1961 in Van Nuys, California. Marcus and his new bride Judy moved to Attleboro in 1962 after his father suffered a heart attack. Marcus worked at Bottomley & Robbins, and he and Judy purchased a house at 20 Ashton Rd. They had two children, Andy and Janet, who both graduated from Attleboro High School and followed Marcus’ path to Cornell University. Judy was not initially keen to move to New England, but wound up loving Attleboro, making wonderful friends, entering politics and eventually becoming mayor for twelve years. Marcus and Judy joined Second Congregational Church and Bearcroft Swim and Tennis Club. Marcus became active in the Lion’s Club and the YMCA. Marcus was always passionate about cars. He owned a series of Porsches, drove to Alaska with his father, and built engines for US Formula Vee race cars in his garage. He opened his own business, Foreign Car Specialists, in North Attleboro in the 1970s. He kept generations of cars running smoothly, and was quick with a tow if anyone was stranded on a highway. Marcus and his family camped around the United States and Canada in their VW pop-top camper van. When Andy and Janet and all the neighborhood kids earned their driver’s licenses, Marcus was central to keeping the VW Beetle fleet running. Marcus was an athlete. He loved to sail, ski, play tennis, and bicycle. Sailing was in his blood, and he could be found at Barrington Yacht Club on Tuesday nights during racing season. He was an accomplished sailor and quick to raise his hand for any captain that needed crew. Marcus brought his young family skiing in New Hampshire and Vermont every winter. They had a special love for Tenney Mountain in Plymouth, NH where they had season passes for many years and stayed with their friends, the Schaefers, at Old Gurdy Farm in Bristol. Marcus played tennis year-round. He spent summer evenings and weekends at Bearcroft, and played indoors at a number of clubs during the winter. His passion for racquet sports later moved to racquetball, which he played at the Attleboro YMCA. In his 60s, Marcus discovered bicycle riding and racing. He loved both the competition and camaraderie. He joined bike groups, went on weekly long rides, and encouraged his friends to join him. He loved to ride with younger men and women, and prided himself on keeping up. The automotive workshop in the back of his garage, quickly became a place where he built and maintained bicycles. He helped found the Attleboro Bicycle Criterium race. Marcus loved his five grandchildren, Page Robinson, Graham Robinson, Reid Robinson, Samantha Robbins, and Maxwell Marcus Robbins. He and Judy visited them every Christmas in Seattle. An added bonus was that he could ride a bicycle in December and stored one in Janet’s basement for just that reason. His family wants all to know that Marcus is at peace. His struggles with dementia are over and he is free from the frustration of limited mobility. He joins his wife, parents, and many departed friends, and is able to bicycle, play racquetball, sail, ski, and drive all the Porsches he wants. In lieu of flowers, donations can be made to Robbins Children’s Programs at: https://www.robbinscp.org/ There will be a celebration of life at his home, 20 Ashton Rd, on Sunday May 29, 2022, from 2-5 p.m.

Marcus Page Robbins Jr, 88 Marcus passed away peacefully in his home in Attleboro, Massachusetts on Tuesday, March 22, 2022. His daughter, Janet, and long time family friend, Sarah Mott Schaefer, were by his side. Marcus is survived by his... View Obituary & Service Information

The family of Mr. Marcus Page Robbins Jr. created this Life Tributes page to make it easy to share your memories.

Marcus passed away peacefully in...

Send flowers to the Robbins family.