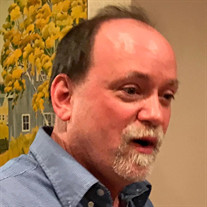 PAWTUCKET, RI – Kevin Sutcliffe, 57, passed away unexpectedly on Tuesday, June 23, 2020 at the Rhode Island Hospital, Providence, RI. Born on June 18, 1963 in Attleboro, MA, he was a son of the late Patricia (Duffy) Sutcliffe and John Sutcliffe and his wife Joann of Scituate, RI. Kevin grew up in Attleboro and was a graduate of Attleboro High School. He lived in Attleboro until 1986 and had been a resident of Pawtucket, RI for the last 15 years. Kevin enlisted in the United States Navy and proudly served his country for 4 years obtaining the rank of Commanding Officer. He was honorably discharged from the Navy on June 22, 1986. After his Naval service, Kevin worked as a chef at the Holiday Nursing Home and later as a General Manager at the Blue Onion. He most recently was employed as an Administrator for Atria Senior Living in Hopedale. Kevin was an avid NASCAR fan and enjoyed watching baseball, hockey and football. He is survived by his two sons, Craig Sutcliffe of Attleboro, Dylan Sutcliffe of Seekonk; his brother, Michael Sutcliffe and his wife Carol of Attleboro; his nephew, Michel Sutcliffe Jr. and his wife Amanda of Cranston, RI and their children, Conner, Kylee Rose and Kelsey; he also leaves his former wife, Suzanne Sutcliffe of Seekonk. Relatives and friends are invited to attend a memorial visitation from 4-7 p.m. on Wednesday, July 1, 2020 at the Duffy-Poule Funeral Home, 20 Peck Street, Attleboro. Burial with military honors will take place privately. For the safety of those who wish to pay their respects, may do so in accordance with CDC, Federal and State guidelines including social distancing and the use of face masks.

PAWTUCKET, RI &#8211; Kevin Sutcliffe, 57, passed away unexpectedly on Tuesday, June 23, 2020 at the Rhode Island Hospital, Providence, RI. Born on June 18, 1963 in Attleboro, MA, he was a son of the late Patricia (Duffy) Sutcliffe and John... View Obituary & Service Information

The family of Mr. Kevin Sutcliffe created this Life Tributes page to make it easy to share your memories.

Send flowers to the Sutcliffe family.