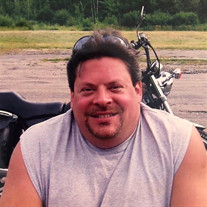 ATTLEBORO – Kenneth J. Siravo, 57, of Attleboro passed away after a brief illness on March 10, 2018 surrounded by his loving family in the Sturdy Memorial Hospital, Attleboro. He was the beloved and devoted husband for 20 years to Tracey (Pinto) Siravo of Attleboro. Born on March 21, 1960 in Providence, RI, he was a son of Joseph and Shirley (Pietzak) Siravo. Kenny was a lifelong resident of Attleboro and a graduate of Attleboro High School class of 1978. He earned degrees from both New England Tech and Bryant College. Kenny was employed at the Northrop Grumman Corporation for over 15 years and currently at EMD Millipore. Kenny and his family travelled extensively both domestic and internationally and he enjoyed life to the fullest. He enjoyed motorcycle riding, working around his home and yard, cooking, and he was an auto enthusiast. Most importantly, Kenny was a devoted and loving husband, father, son and brother, taking care of his family was the top priority in Kenny’s life. He will be sadly missed by so many people. In addition to his wife and parents, Kenny is survived by his loving son, Nicolas Siravo of Attleboro; his sister, Debra Roca and her husband Stephen; his niece Sarah, nephew John, and Tracey’s family; and his 14 year old dog “Jimi the Pug”, Kenny’s BFF (best furry friend). He was the brother of the late Greg Siravo. Relatives and friends are invited to attend a visitation on Thursday, March 15, 2018 from 4 to 8 p.m. in the Duffy-Poule Funeral Home, 20 Peck St., Attleboro. A funeral will be conducted on Friday, March 16, 2018 at 9 a.m. from the Duffy-Poule Funeral Home, followed by a Mass of Christian Burial, at 10 a.m., in St. John the Evangelist Church, 133 North Main St., Attleboro. Burial will follow in St. Stephen’s Cemetery, Attleboro. In lieu of flowers, please consider making a donation in Kenny’s memory to the Friends of the Attleboro Animal Shelter, PO Box 592, Attleboro, MA 02703 or to the Dana-Farber Cancer Institute, 450 Brookline Ave, Boston, MA 02215-5450.

ATTLEBORO &#8211; Kenneth J. Siravo, 57, of Attleboro passed away after a brief illness on March 10, 2018 surrounded by his loving family in the Sturdy Memorial Hospital, Attleboro. He was the beloved and devoted husband for 20 years to Tracey... View Obituary & Service Information

The family of Mr. Kenneth J. Siravo created this Life Tributes page to make it easy to share your memories.

ATTLEBORO – Kenneth J. Siravo, 57, of Attleboro passed away after...

Send flowers to the Siravo family.