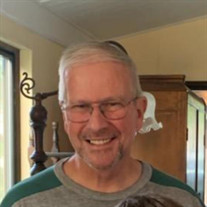 ATTLEBORO – Joseph John Callahan III, 70, of Attleboro, passed away peacefully with his wife, Cathy, by his side on Tuesday, March 3, 2020. Born June 29, 1949 in Dedham, MA, he was the son of the late Joseph J. Callahan and his wife, the late Shirley (Brown) Callahan. After completing his education, Joseph went on to work for the New England Telephone Company and finished his career in Homeland Security as a TSA screener. Joseph had a passion for sports, especially the Red Sox, Bruins and the New England Patriots. Along with his wife, Joseph is survived by his three children, Joseph J. Callahan IV and his wife Nicole of Arlington, VA, Bevin Peet and her husband Chris of Jupiter FL and Garrett Callahan and his wife Morgan of Scituate, MA. His six grandchildren, Joseph J. V & Benjamin Callahan, Kayla, Nora & Andrew James Peet and Grady Callahan. He is also survived by his brother, Jim Callahan and his wife Regina along with many sisters-in-law, brothers-in-law, nieces, nephews and many cousins. Joseph is pre- deceased by his sister, the late Patricia Scott. A memorial service will be held by the family at a later date. In lieu of flowers, please donate to the: Dedham High School Alumni Association located at, 140 Whiting Ave Dedham, MA 02026.

The family of Mr. Joseph John Callahan III created this Life Tributes page to make it easy to share your memories.

Send flowers to the Callahan family.