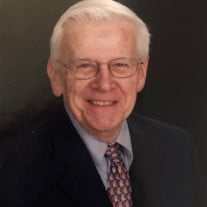 ATTLEBORO - John Francis Birch, 81 of Attleboro, passed away unexpectedly on December 8, 2019 at the Massachusetts General Hospital, Boston. He was the loving husband to Ann (Hig-gins) Birch of Attleboro. Born on February 11, 1938 in Attleboro, MA, he was the son of the late James H. Sr. and There-sa (Croke) Birch. John grew up in Attleboro, the fifth of six children. Upon graduating from Msgr.Coyle High School, he entered the order of the Brothers of Holy Cross and attended Notre Dame University. He graduated with a Bachelor’s Degree in Education from St. Edwards University in Austin, TX and moved to Brooklyn, NY where he taught at St. Thomas Aquinas School. He subsequently left the Brothers of Holy Cross and at a chance meeting met the love of his life, Ann Higgins. Together they spent 45 years residing in Middletown, RI, Somerset, MA and finally returning home to his roots in Attleboro in 2004, where John taught in the Rehoboth School sys-tem until retirement. A dedicated communicant of St. John the Evangelist Church in Attleboro, a Eucharist Minister, and enthusiastically and tirelessly serving in the St. Vincent de Paul Society, he was also the proud recipient of the Marian Medal from the Fall River Diocese. He was an avid gardener and reader, and a passionate fan of the Patriots and Red Sox. His su-perb Irish sense of humor and kind heart were an inspiration and influence to everyone he en-countered. In addition to his wife, John is survived by his sister, Kathleen Guimond Mulherin of Osterville, MA and many nieces and nephews. John was the brother of the late James Birch, Jr., Thomas L Birch, Mary P. Pistocco and Jo-anne Carey and the uncle of the late Lawrence Birch. The Birch family would like to thank the emergency room staff at Sturdy Memorial Hospital and the Med Flight team for the compassion shown to John and his family on December 7th. They are also deeply appreciative of the friends and communicants of St. John’s Church who extend-ed endless love and support to John and his family in the past months. Relatives and friends are invited to attend a visitation on Sunday, December 15, 2019 from 1:00-4:00 p.m. in The Duffy-Poule Funeral Home, 20 Peck St., Attleboro. MA. A funeral will be conducted on Monday, December 16, at 10:00 a.m. from the Duffy-Poule Fu-neral Home, followed by a Mass of Christian Burial at 11:00 a.m. in the St. John the Evangelist Church, 133 North Main St., Attleboro. Burial will follow in the St. John’s Cemetery, West St., Attleboro. In lieu of flowers, donations in John’s name may be made to the Society of St. Vincent de Paul, St. John’s Conference at 1 St. John Place, Attleboro, MA 02703 or the St. Joseph Center, 495 Maple Lane, Valatie, NY 12184.

ATTLEBORO - John Francis Birch, 81 of Attleboro, passed away unexpectedly on December 8, 2019 at the Massachusetts General Hospital, Boston. He was the loving husband to Ann (Hig-gins) Birch of Attleboro. Born on February 11, 1938 in Attleboro,... View Obituary & Service Information

The family of Mr. John F. Birch created this Life Tributes page to make it easy to share your memories.

Send flowers to the Birch family.