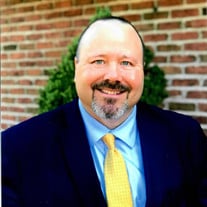 Attleboro – Jeffrey Todd Froio, 52, of Attleboro passed away unexpectedly on June 3, 2020 at the Rhode Island Hospital, Providence, RI. He was the cherished husband of Catherine “Kate” E. (Trainor) Froio. Born on December 11, 1967 in Syracuse, New York he was a son of Sue (Kopp) Froio of Chittenango, NY and Joseph Froio and his wife Terry of Lakeport, NY. Jeff was raised and educated in upstate State New York where he was a 1986 graduate of Chittenango High School. Upon graduation he attended the State University of New York at Albany (SUNY Albany) and graduated in 1991. He was a member of the Sigma Phi Epsilon Fraternity and always remained loyal to the principles of Virtue, Diligence and Brotherly Love. Jeff made a career as a very successful Financial Consultant. He rose quickly through the ranks of the financial world and held jobs with some of the most successful firms. Most recently Jeff was a Senior Financial Consultant for TD Ameritrade, Boston. Previously he was a Financial Service Professional for NY Life Insurance; Senior Financial Advisor and Vice President of Bank of America Investments, Boston and Financial Representative at Fidelity Investments, NY, NY. Jeff was honored as inductee into the Chittenango High School Hall of Fame 2010 for his lifetime of contributions to the school’s athletic programs. He was also honored with the Lifetime Achievement Silver Award by TD Ameritrade in 2015. In his spare time Jeff was very active in his church community at Faith Alliance Church in Attleboro, where he served as a Deacon. He enjoyed biking long distances, athletic training at Driven New England, drinking coffee with turbo shots, attending meetings with the FAC Men’s Group but most of all spending time with friends and family. In addition to his wife and parents, Jeffrey is survived by his cherished and adored children; his son, Jack Froio and daughter’s, Lillian and Caroline Froio all of Attleboro; sister, Kristie Froio and her children Devin and Dalton Hack of Manlius, NY; uncle, Tom and aunt Mickey Kopp of Chittenango, NY; his cousin, Steven and wife Tracy Kopp, their children, Tommy and Tyler of Roxbury, NJ; and his cousin Kevin Kopp and partner Michael DeCarlo of Stamford, CT; his mother-in-law, Catherine Trainor of Mashpee; brother-in-law, Matthew Trainor and wife Mary of Gloversville, NY and sister-in-law, Sarah Carlow of Plainville; also survived by many dear friends and extended family. He was the brother of the late Tommy Froio. In lieu of flowers, donations in Jeffery’s name may be made to Faith Alliance Church, Attleboro, 833 Pleasant St, Attleboro, MA 02703. Private funeral will be held by the family.

The family of Mr. Jeffrey Todd Froio created this Life Tributes page to make it easy to share your memories.

Send flowers to the Froio family.