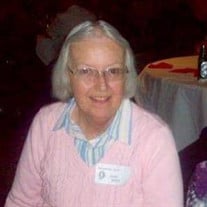 SOUTH ATTLEBORO- Janet K. Samson, 68, of Attleboro, passed away on Sunday, November 18, 2018 at Sturdy Memorial Hospital in Attleboro. Born on August 15, 1950, in Attleboro, she was the devoted daughter to the late Camille and Margaret (Perry) Samson. Janet attended and graduated from North Attleboro High School. For over 30 years, she was employed at Bank of America, where she worked as an Operations Officer. In her spare time, Janet enjoyed reading and crocheting. Janet is survived by her cherished daughter, Megan Bradshaw of Garden Grove, CA; her granddaughter, Ava Bradshaw of Garden Grove, CA; her brothers, Bruce Samson and his wife Janet of Sewall, NJ and Brian Samson and his wife Lorraine of Attleboro; her sisters, Peggy-Ann Mitchell and her husband Ken of Attleboro and Inez Reagan and her husband Thomas of Pawtucket, RI; her sister-in-law, Carol Foisy of Georgia; and also numerous nieces, nephews, extended family members, and friends. In addition to her parents, Janet is predeceased by her brothers, John and Michael Samson. Janet’s family and friends would like to gracefully thank and recognize her sister and brother-in-law, Peggy Ann and Ken Mitchell, the Kidney Dialysis Center of Pawtucket, and Life Care Center of Attleboro for taking such wonderful care of Janet. Relatives and friends are invited to attend a memorial visitation on Sunday, November 25, 2018 from 1-2 p.m. in the Duffy-Poule Funeral Home, 20 Peck St., Attleboro. A funeral service will be held immediately following visitation at 2 p.m. in the funeral home. A graveside service will be held on Monday, November 26, 2018 at 11 a.m., at Mount Hope Cemetery and Arboretum, 565 Mt Hope St, North Attleboro. In lieu of flowers, donations in Janet’s memory may be made to the National Kidney Foundation, National Kidney Foundation Finance Department, 30 East 33rd St., New York, NY 10016 or directly to https://www.kidney.org/support

SOUTH ATTLEBORO- Janet K. Samson, 68, of Attleboro, passed away on Sunday, November 18, 2018 at Sturdy Memorial Hospital in Attleboro. Born on August 15, 1950, in Attleboro, she was the devoted daughter to the late Camille and Margaret (Perry)... View Obituary & Service Information

The family of Janet K. Samson created this Life Tributes page to make it easy to share your memories.

Send flowers to the Samson family.