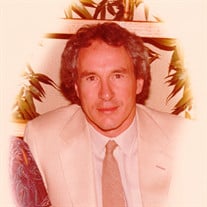 ATTLEBORO – James V. McDonough, 86, of Attleboro passed away on Monday, February 11, 2019 in the Garden Place Healthcare, Attleboro. He was the loving husband of the late Maureen L. (Shanahan) McDonough. Born on January 3, 1933 in Poughkeepsie, New York he was a son of the late James J. and Marie “Eileen” (Pember) McDonough. James proudly served in the United States Army during the Korean War and was stationed in Germany before his honorable discharge. He worked as a construction engineer in Boston constructing high rise building such as the Prudential Center and John Hancock building. James was a sports enthusiast and he especially enjoyed watching football. In his youth he enjoyed swimming and worked as a lifeguard. He is survived by a daughter, Kathleen A. Murray and her husband Mark J. of Attleboro; a son, Paul J. McDonough of Fort Worth, TX; his grandchildren, Angela M. Pilling of Raymond, NH, Anthony F. Ragusa of Newport, RI, Brittany N. Ragusa of Pawtucket, RI and Mark J. Murray Jr. of Attleboro; and two great grandchildren, Colin Pilling of Raymond, NH and Kaiden Gibau of Pawtucket, RI. The McDonough family would like to thank all the caregivers at Garden Place Healthcare and Sturdy Memorial Hospital for the great care given to James. Relatives and friends are invited to attend a memorial visitation on Sunday, February 17th from 2 – 3:30 p.m. in the Duffy-Poule Funeral Home, 20 Peck St., Attleboro, immediately followed by a funeral service at 3:30 p.m. in the funeral home. Interment will take place privately at a later date in St. Peter's Cemetery, Poughkeepsie, NY.

ATTLEBORO &#8211; James V. McDonough, 86, of Attleboro passed away on Monday, February 11, 2019 in the Garden Place Healthcare, Attleboro. He was the loving husband of the late Maureen L. (Shanahan) McDonough. Born on January 3, 1933 in Poughkeepsie,... View Obituary & Service Information

The family of Mr. James V. McDonough created this Life Tributes page to make it easy to share your memories.

Send flowers to the McDonough family.