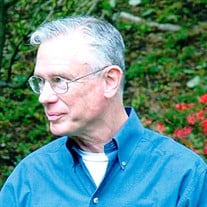 ATTLEBORO- Jack E. Rogers, 78, of Attleboro, passed away peacefully surrounded by the love, comfort, and care of his beloved family on the morning of Monday, November 26, 2018. He was the adored husband to Kathleen (Bower) Rogers, who he married on September 5, 1970. Born on January 24, 1940, in Buffalo, NY, Jack was the loving son to the late Luther and Gladys (Stull) Rogers. Jack was a proud veteran of the United States Air Force Reserves. Over his impressive academic career, Jack earned many degrees in different areas of study. He received Master’s degrees in American Studies, Anthropology, and Economics; and a PhD in Rural Sociology and Regional Planning. Throughout his lifetime, Jack worked in the field of journalism, in a variety of positions. He worked for such news organizations as the Associated Press and as editor for the Hospital News for Boston Region. He also had the distinct honor as holding the position of the USO Director of Stateside Telephone Service in Saigon, South Vietnam, from 1968-1970. Jack served on many different clubs and organizations. He was on the Board of Attleboro Historical Commission and the Attleboro Planning Board. He also wrote program notes and lectured for the Brockton Symphony Orchestra. In his spare time, Jack enjoyed listening to music, learning about history, reading literature, having conversation, and travelling. Above all, he loved spending time with his treasured family. In addition to his wife, Jack is survived by his cherished children, Deborah Rogers-Culotti and her husband Thomas Culotti of Belmont, David Rogers and his wife Jane Louie of Newton, Laura Record and her husband Jason of Cumberland, ME, and John Rogers and his wife Erin of North Attleboro; his 9 grandchildren, Renee and Ryan Rogers, Riley, Kelsey and Colin Record, Sienna Rogers-Culotti, and Sophia, Jianna and Savannah Rogers; his brother, Thomas Rogers and his wife Anne of Ann Arbor, Michigan; and also many nieces and nephews. Jack’s family and friends would like to kindly thank the hospice staff at Community VNA of Attleboro and all who supported him during his illness. Relatives and friends are invited to attend a visitation on Thursday, November 29, from 3-6 p.m. in the Duffy-Poule Funeral Home, 20 Peck St. Attleboro. A funeral service, will be held on Friday, November 30, at 10:00 a.m. in the funeral home. Burial will follow in North Purchase Cemetery, North Main St., Attleboro. In lieu of flowers, donations in Jack’s memory may be made to the United Services Organization at the following URL address: https://secure.uso.org/?sc=WEBDONATE&show_amount=true

ATTLEBORO- Jack E. Rogers, 78, of Attleboro, passed away peacefully surrounded by the love, comfort, and care of his beloved family on the morning of Monday, November 26, 2018. He was the adored husband to Kathleen (Bower) Rogers, who he married... View Obituary & Service Information

The family of Mr. Jack E. Rogers created this Life Tributes page to make it easy to share your memories.

Send flowers to the Rogers family.