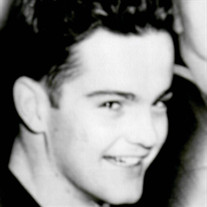 MANSFIELD- Harold W. Downing, 84, of Mansfield, passed away peacefully at home, surrounded by his loving family on the morning of Wednesday, October 3, 2018. He was the beloved husband to the love of his life, Mary (Flagg) Downing of Mansfield. Born on June 23, 1934, in Boston, Harold was the dedicated son of the late William T. and Viola (Lafford) Downing. In 1953, Harold bravely enlisted in the United States Navy. During his time in the service, he worked as a Navy Store Keeper (SK-2). His job comprised of managing inventories of repair parts and general supplies that supported ships, squadrons, and shore-based activities. Harold spent nearly two years overseas during the Korean War and was honorably discharged in 1957. Following his time in the service, Harold attended and graduated from Boston College and he also attended Suffolk Law School. For many years, he worked as a claims adjuster in the insurance industry. In his spare time, Harold enjoyed spending time at the YMCA in Attleboro, where over the years, he formed many great and lasting friendships. Most of all, Harold truly treasured all the memories made and the time he spent with his dear family, especially his grandchildren. In addition to his devoted wife, Harold is survived by his cherished children, Christopher H. Downing of Mansfield, Caroline E. Spitz of East Walpole, Jennifer S. Downing of Attleboro, Timothy R. Downing of Raynham, and Jonathan W. Downing of Stewartstown, NH; his adored grandchildren, Alyssa Downing, Lauren Nunez, Brandon Spitz, Connor Downing, and Army Veteran and Purple Heart recipient Brandon Korona; and also numerous friends and extended family members. In addition to his parents, Harold is predeceased by his brother, Walter F. Downing. Relatives and friends are invited to attend a visitation on Tuesday, October 9, 2018 from 4:00 - 6:30 p.m. immediately followed by a funeral service at 6:30 p.m. in the Duffy-Poule Funeral Home, 20 Peck Street Attleboro. Burial with full military honors will take place privately at the Massachusetts National Cemetery in Bourne. Due to the limitation of flowers allowed at the National Cemetery, Harold’s family has requested that donations in his memory may be made to Attleboro YMCA, 63 North Main Street, Attleboro, MA 02703 or directly to the following web address: http://attleboroymca.org/support-the-y/donate/

MANSFIELD- Harold W. Downing, 84, of Mansfield, passed away peacefully at home, surrounded by his loving family on the morning of Wednesday, October 3, 2018. He was the beloved husband to the love of his life, Mary (Flagg) Downing of Mansfield. Born... View Obituary & Service Information

The family of Mr. Harold W. Downing created this Life Tributes page to make it easy to share your memories.

Send flowers to the Downing family.