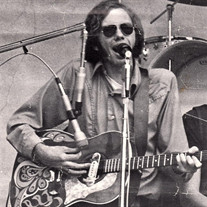 REHOBOTH - George Thomas Gorman, 67, of 83 Winthrop Street in Rehoboth died on Sunday January 21, 2018 at his home after an extended period of declining health. He was born on November 15, 1950 at Sturdy Memorial Hospital and was the oldest child of the late Patrick W and Blanche E Gorman formerly of 7 Angell Street in Attleboro. He was the former husband of the late Colleen (Pye) Gorman. He attended Attleboro public schools and was a graduate of Attleboro High School class of 1968 and was the designer of the cover of the 1968 Attleboro High School yearbook “Tattletale”. He attended Swain School of Design in New Bedford in the late 1960’s and early 1970’s. He often painted pictures or did charcoal sketches in his youth and had a talent for any drawing project even at a very early age. He was employed for many years as an operator at Handy and Harman in Attleboro and was capable of running many of the refining operations in the plant. He worked there until the company abruptly closed and never reopened at the Attleboro site. He was a sign designer and painter, working for a number of companies in the greater Attleboro area and was often in demand for his ability to free hand complex fonts on request for local business. He also designed a number of menus for area restaurants including Lums in North Attleboro in the early 1970’s, before computers took over those tasks. Once again, George would free hand draw all the lettering using calligraphy techniques with Old English lettering and other classic fonts. In his earlier years, he was a much sought after, popular and very talented guitarist. He performed as a lead guitarist and vocalist with numerous Attleboro area bands including The International Hydraulic Butter Band, The Marauders, SUN and Oat Willie among others. All of the bands were successful locally, performing at area dances, church halls, college mixers and nightclubs in and around Attleboro and the greater Providence area throughout the late 1960’s and well into the 1970’s. An extremely well-read individual, he was blessed with a quick wit, possessed a large vocabulary and had vast knowledge of many subjects including history, many types of literature and of course, music. He was a huge fan of guitarist John McLaughlin and the Mahavishnu Orchestra and Jimi Hendrix and was in general a fan of all the great guitar players. Until his failing health required he give up riding, he was the proud owner of a 1948 Harley Davidson pan head that he rebuilt himself from a “basket case” brought home in the trunk of his brother’s car. He affectionately referred to “her” as Nadine. Survivors include his brother William D Gorman and wife Phyllis, his sister Elizabeth J DeTore and her husband Dean and a sister-in-law Maureen Gorman all of Attleboro. He also leaves 3 nieces, Lisa C. Gorman and Kathryn P. DeTore both of Attleboro, Mariah J. Gorman of New York and a nephew Devin P. Gorman of Attleboro and a lifelong best friend of 60 plus years, Allan Cody of Boston, formerly of Attleboro. He was predeceased by a younger brother, Patrick W Gorman Jr. of Attleboro. All arrangements are private and/or omitted, at George’s request.

REHOBOTH - George Thomas Gorman, 67, of 83 Winthrop Street in Rehoboth died on Sunday January 21, 2018 at his home after an extended period of declining health. He was born on November 15, 1950 at Sturdy Memorial Hospital and was the oldest... View Obituary & Service Information

The family of Mr. George Thomas Gorman created this Life Tributes page to make it easy to share your memories.

Send flowers to the Gorman family.