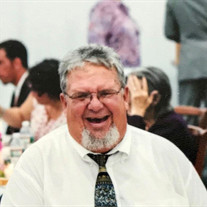 On February 14, 2019, Frederick Earl Pardey Jr. -- loving husband, father of two, and coach to many -- passed away unexpectedly at the age of 65 due to natural causes. Fred was born on November 24, 1953, in Newport, Rhode Island, to a naval family. Following the deployments of Fred Sr, the family lived in Connecticut; Cuba; Maryland; and South Carolina, settling in Attleboro in 1968. In 1973, Fred graduated from Attleboro High School, where he earned 7 varsity letters and places in the Attleboro Area Football Hall of Fame and the A.H.S. Athletic Hall of Fame for breaking the Massachusetts discus relay record (still unbroken), among other feats. Subsequently Fred attended the University of Massachusetts Amherst. Fred was known for his tireless work ethic, consistently rising at 4:30 am over the course of his life, during which he worked for periods at State Line Scrap, the Handy and Harmon metal refinery, and Case Construction as a heavy equipment operator. In 1989 Fred founded Homeworker & Company, which he grew to one of the largest property management firms in southeast Massachusetts and operated until his retirement. In 1980 Fred married Jeanne Courchesne, the love of his life. They raised a son, Zachary, and daughter, Kendra. Martha’s Vineyard and Bristol, RI were two of Fred’s favorite places to travel with his family, as he was drawn to the ocean. Fred is remembered for his giving and caring nature, big personality, and booming voice. He loved to feast with family and friends, and was a pillar of the Attleboro community as a Freemason, Rotarian, and athletic coach at Bishop Feehan High School from 2000 until his passing. Fred was preceded in death by his father Fred Sr.; mother, Janet; wife, Jeanne; and brother, Brian. He is survived by his children Kendra and Zachary; sister, Bette Kay; aunt, Bette-Ann; and many nieces and nephews. A memorial visitation will be held at Duffy-Poule Funeral Home, 20 Peck St., Attleboro, on Friday, February 22, 2019, from 5:00-8:00 pm. A funeral Mass will be held at Sacred Heart Church, 58 Church St, North Attleboro, at 10:00 am on Saturday, February 23, 2019. Immediately following Mass, a Pig Roast Banquet in celebration of Fred’s life will be held at the North Attleboro Elks, 52 Bullfinch St, North Attleboro. In lieu of flowers, donations can be sent to the USO or Southwest Reservation Aid, to which Fred donated frequently.

On February 14, 2019, Frederick Earl Pardey Jr. -- loving husband, father of two, and coach to many -- passed away unexpectedly at the age of 65 due to natural causes. Fred was born on November 24, 1953, in Newport, Rhode Island, to a naval... View Obituary & Service Information

The family of Mr. Frederick Earl Pardey Jr. created this Life Tributes page to make it easy to share your memories.

Send flowers to the Pardey family.