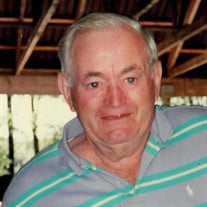 ATTLEBORO – Frank Rose, 97, of Attleboro passed away peacefully on October 18, 2018, in the Sturdy Memorial Hospital, Attleboro. He was the beloved husband of Philomena (Moitozo) Rose for over 57 years. Born on October 2, 1921, in East Providence, RI he was a son of the late Joseph and Mary (Faria) Rose. Frank was a graduate of Bristol County Agriculture School Class of 1939. He worked at the Richardson Avenue Dairy Farm for 44 years and then as a caretaker at the Capron Park Zoo in Attleboro for 21 years. He was a member of the former Attleboro Municipal Retirees and a member of the Massachusetts Retirees Association. Frank and his wife also volunteered at the Council on Aging, helping with the newsletter and they also enjoyed playing bingo there as well. In addition to “the best part of his life”, his loving wife Philomena, Frank is survived by his two sons, Frank D. Rose of Attleboro and Alan F. Rose of Santa Monica, CA; he also leaves many nieces and nephews. Frank is predeceased by his son Brian J. Rose; his sister, Delphine Dowdall and his brother, John Rose. Relatives and friends are invited to attend a Mass of Christian Burial on Tuesday, October 23rd at 10 a.m., in St. John the Evangelist Church, 133 North Main St., Attleboro. Burial will follow in North Purchase Cemetery, Attleboro. Visitation has been respectfully omitted. In lieu of flowers donations in Frank’s name may be made to the Attleboro Council on Aging, 25 S Main St, Attleboro, MA 02703 or the St. Jude Children’s Research Hospital 501 St. Jude Place, Memphis, TN 38105 Funeral arrangements entrusted to the Duffy-Poule Funeral Home, Attleboro.

ATTLEBORO &#8211; Frank Rose, 97, of Attleboro passed away peacefully on October 18, 2018, in the Sturdy Memorial Hospital, Attleboro. He was the beloved husband of Philomena (Moitozo) Rose for over 57 years. Born on October 2, 1921, in East... View Obituary & Service Information

The family of Mr. Frank Rose created this Life Tributes page to make it easy to share your memories.

Send flowers to the Rose family.