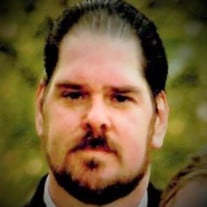 CULHANE, Frank L. of Central Falls, RI, passed away peacefully at home surrounded by his family on Monday, February 8, 2021 at 60 years of age. Beloved husband of Diana L. (Jewett) Culhane of 39 years. He was the son of the late Harold W. & Esther M. (White) Culhane. Loving father to Melissa Recinos of Central Falls, Amanda Culhane & her husband Carlos Rodriguez of Lincoln, and Frank Culhane also of Central Falls. Cherished grandfather to Aryanna, Gabriel, Isabella, Hailey, Kylie, Julee, Frankie, Nathan and the late Gabriella Recinos. Brother of Thomas Culhane of Western, PA, Harold Culhane of Riverside, RI, Kenneth Culhane of Henderson, NV, Margaret Deitrick of Attleboro, MA and the late Sybil Bethard, Janice Wagner and Priscilla Culhane. Frank graduated from Attleboro High School in 1978. He worked at Crosby Valve in Wrentham, MA for 15 years and at General Dynamics Electric Boat in N. Kingston, RI for 13 years. He was an avid Patriot fan, Tom Brady fan, enjoyed family camping trips, watching horror movies with grandkids, his yard during nice weather, loved listening to the sound of thunder and rain and most importantly, spending time with his family. Although he was not a veteran, Frank assisted his grandfather and his mother with their VFW duties, he coached Pop Warner Football in Attleboro for multiple years. Frank’s final wishes were to come home and be surrounded by his loving family. Diana would like to thank their three children; Melissa, Amanda and Frankie, as well as their son-in-law Carlos and lifelong friend and family member Lindy, for the extraordinary care given to Frank during his final days. We as a family would also like to thank his eight grandchildren for having the strength and courage to be by his bedside making his final days filled with everlasting love and joy. Due to the Covid-19 pandemic, all services will be private

CULHANE, Frank L. of Central Falls, RI, passed away peacefully at home surrounded by his family on Monday, February 8, 2021 at 60 years of age. Beloved husband of Diana L. (Jewett) Culhane of 39 years. He was the son of the late Harold W.... View Obituary & Service Information

The family of Frank L. Culhane created this Life Tributes page to make it easy to share your memories.

Send flowers to the Culhane family.