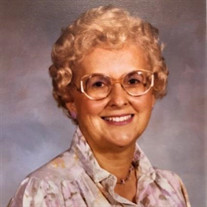 ATTLEBORO – Evelyn M. Silva, 94, lifelong resident of Attleboro, passed away on Thursday, September 26, 2019 in the Life Care Center of Attleboro surrounded by her loving family. She was the wife of the late Richard F. Silva. Born on July 20, 1925 in Providence, RI she was a daughter of the late Charles and Marguerite (Gettler) Silva. After graduating high school, Evelyn attended Rhode Island College and received a Bachelor’s Degree in Education and later received a Master’s Degree in Special Education. Evelyn was employed in the Attleboro Public School System working as a teacher and was the first-ever principal of Hill-Roberts Elementary School. She also served at the former Lincoln, Washington and Farmer Schools until her retirement in 1985. Evelyn was the owner and operator of The Learning Link in Plainville for many years. Evelyn was very active in the Attleboro community, serving as the President of the Attleboro Historical Society and a member of the Attleboro Preservation Commission. She was also a member of the Massachusetts Teachers Association and the Alpha Delta Kappa, Epsilon Chapter. She was a communicant of St. John’s Evangelist Church in Attleboro and she enjoyed spending time at Horseneck Beach, summer concerts at Capron Park and listening to the Attleboro concert bands. Evelyn also enjoyed tea parties, crossword and sudoku puzzles and collecting White House Christmas ornaments. Evelyn is survived by her three sons, Richard Silva of North Attleboro, John Silva and his wife Linda of North Attleboro and Robert Silva and Michelle Saucier of North Attleboro; eleven grandchildren and eleven great-grandchildren; and her sister, Caroline Guertin of Providence, RI. She was the mother of the late Mary Ellen (Silva) Grant, sister of the late Elizabeth Horan and great friend to the late Bobbi Gibbs. The family would like to extend a special thanks to the Brookdale Senior Living of Attleboro for all the care and compassion they provided Evelyn. Relatives and friends are invited to attend a visitation from 4-7:30 p.m. on Monday, September 30, 2019 in the Duffy-Poule Funeral Home, 20 Peck Street, Attleboro. A service will be held immediately following the visitation at 7:30 p.m. in the funeral home. At the families request, please wear something purple or in the lavender color to the service as it was Evelyn's favorite color. In lieu of flowers, please send donations to the Attleboro Historical Preservation Society for the East Attleborough Academy, 38 Sanford Street, Attleboro, MA 02703.

ATTLEBORO &#8211; Evelyn M. Silva, 94, lifelong resident of Attleboro, passed away on Thursday, September 26, 2019 in the Life Care Center of Attleboro surrounded by her loving family. She was the wife of the late Richard F. Silva. Born on... View Obituary & Service Information

The family of Mrs. Evelyn M. Silva created this Life Tributes page to make it easy to share your memories.

Send flowers to the Silva family.