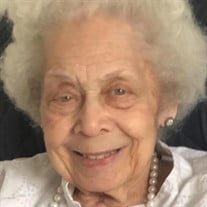 Evelyn Keys Jenkins died on Sunday, March 21, 2021. Born on February 13, 1925 in Boston, Massachusetts, she was the daughter of the late Robert Keys and Gladys Keys West. Her former husband, the late Thomas Miller Jenkins, II, had a distinguished career as an attorney and President of Albany State College, and Evelyn became the First Lady of the College. Their late son was Thomas Miller Jenkins, III, affectionately known as “Sonny.” Evelyn’s impressive education included graduating from Boston City Hospital School of Nursing in 1946, receiving a Bachelor’s Degree in Nursing with honors (cum laude) from FAMU in 1956, and graduating from Boston University with a Master’s Degree in Nursing in 1959. In 1957, Evelyn became a member of the prestigious Alpha Kappa Alpha Sorority, the oldest and premier organization for African-American women. In 1946, Evelyn Jenkins began her extraordinary career as a private duty nurse. Also, she was employed as a school, office, and staff (pediatrics) nurse. Most notably, Evelyn was a supervisor and clinical coordinator of practical nurses, at FAMU School of Nursing, she was a clinical instructor and then an assistant professor of Nursing Education. Additionally, she was a Senior Nursing Consultant Surveyor for the U.S. Government. In December 1996, Evelyn retired from Florida A&M University as an assistant professor in nursing. Evelyn Jenkins was so fashionable and elegant that in May 1964 she was featured in Ebony Magazine as one of their best dressed women. Evelyn adored her gorgeous poodles, named Champ and Tiny. Always creative, she enjoyed gardening, decorating, and entertaining. Also, she was a member of the Red Hat Society, which was dedicated to the fulfillment of lifelong dreams. In essence, Evelyn Jenkins will be remembered as a Scholar, a Teacher, a Quiet Storm, a Fashion Statement, a Nurse, a Leader, a Creative Wonder, and a Graceful Lady. Evelyn Jenkins leaves to mourn her passing her sister, Wanita West, grandson, Thomas Miller Jenkins, IV, known as “Little Sonny,” two nieces: Michelle West-Creech, her husband, George Creech, children, Justin, Aaron, and Kaylee; Corine Gomes, her husband, Frank Gomes, children, Frank, Jr., Johnathan, Robert, and Joshua; one nephew: Derek West, and a host of friends. Relatives and friends are invited to attend visitation on Thursday, April 1, 2021 from 10-11 AM at Duffy-Poule Funeral Home, 20 Peck Street, Attleboro. A funeral service will be conducted at 11 AM. For the safety of those who wish to pay their respects, please do so in accordance with CDC, Federal and State guidelines including social distancing and the use of face masks.

Evelyn Keys Jenkins died on Sunday, March 21, 2021. Born on February 13, 1925 in Boston, Massachusetts, she was the daughter of the late Robert Keys and Gladys Keys West. Her former husband, the late Thomas Miller Jenkins, II, had a distinguished... View Obituary & Service Information

The family of Mrs. Evelyn Jenkins created this Life Tributes page to make it easy to share your memories.

Send flowers to the Jenkins family.