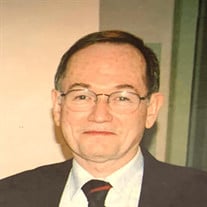 Edward Eugene Roy, 77, of Rehoboth, Massachusetts, passed peacefully with loved ones by his side. He is survived by his daughter, Angela Roy Granger and her husband, Brad Granger. Grandchildren and great-grandchildren: Joel Diedrich of Willow Park, TX and his children Daniel and Katelynn; Steven and Melissa Diedrich of Waco, TX, and their children, Samuel, Caleb, Hannah Beth, Luke, and Phoebe; Savannah and Matthew Ulcak of Columbia, SC; Jared Diedrich of Denver, CO; Alyssa Granger of Denver, CO; Alayna Granger of Austin, TX; David Granger of Austin, TX; and Aiden Granger of Waco, TX. Ed was one of five siblings born to Dr. Eugene Emile Roy and Gertrude Clarice Dionne Roy. He was preceded in death by his parents and his beloved Aunt Beatrice St. Pierre. Ed was raised in Attleboro. He earned his Bachelor’s and Master’s degrees at Northeast Missouri State College in Kirksville, Missouri. Early in life he enjoyed to camping, canoeing, and fishing. He was employed with Larson Tool & Die for 35 years. His favorite thing to do was work on his property. There wasn’t anything he couldn’t fix. His hobbies included carpentry, woodworking, leather crafting, metal working, and astronomy. He loved to garden and take care of his chickens. Most of all he was proud of his grandchildren. He loved giving them, and later, his great-grandchildren rides on his tractor around the farm. His knowledge, wisdom, happiness, and spirit will be greatly missed. A graveside service will be held at 1 o’clock, Monday, March 28th, at St. Stephen’s Cemetery in Attleboro, Massachusetts. In lieu of flowers, go grab a soft serve coffee ice cream and enjoy it with friends and family and remember the great times with Ed.

Edward Eugene Roy, 77, of Rehoboth, Massachusetts, passed peacefully with loved ones by his side. He is survived by his daughter, Angela Roy Granger and her husband, Brad Granger. Grandchildren and great-grandchildren: Joel Diedrich of... View Obituary & Service Information

The family of Mr. Edward E. Roy created this Life Tributes page to make it easy to share your memories.

Send flowers to the Roy family.