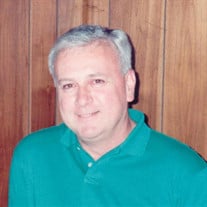 ATTLEBORO- Edward C. Gemme, 77, of Attleboro, passed away peacefully on May 16, 2018 at Tufts Medical Center in Boston. He was the beloved former husband to Joanne (Hebert) Spera of Attleboro. Born on July 13, 1940 in Pawtucket, Rhode Island, Ed was the dear son to the late Fabien and Jeannette (Masse) Gemme. He was raised and brought up in Seekonk. In 1958, Ed honorably and proudly enlisted in the United States Air Force. He was honorably discharged in 1961, achieving the rank of AB-E1. Following his time in the service, Edward attended Barber College. He obtained his Master Barber license and quickly built a reputation for giving a great haircut and shave. In 1968, Ed joined the Attleboro Fire Department as a firefighter and paramedic. He humbly served the City of Attleboro for many years, on Engine No. 4, until his well-deserved retirement in 1997. Following his retirement from the Attleboro Fire Department, Ed purchased and became the owner and operator of Zip’s Liquor Chest. It was there he made friends with many loyal customers and became known for his reputation as a good business man. He owned the liquor store for 20 years, selling in 2017. In his spare time, Ed enjoyed collecting Franklin Mint Airplanes and amassing an impressive collection of rare coins. His interest in aviation also led him to attend many local airshows. Most of all, Ed truly treasured the time he spent with his family, especially when they would keep him company at his store, which was truly a “family business.” In addition to his former wife, Ed is survived by his two cherished daughters, Dawn Gemme and Michelle Gemme-DuTremble, both of Attleboro; his three grandsons, Tyler, Matthew, and Michael DuTremble, all of Attleboro; his sister, Barbara Winiarski of Dennis; his nephew, Peter Winiarski of East Falmouth; and also many friends, fire fighter brothers and sisters, and many loyal customers. In addition to his parents, Ed is predeceased by his brother-in-law, Peter Winiarksi. Relatives and friends are invited to attend a memorial visitation on Saturday, May 26th from 09:00 - 11:00 a.m., immediately followed by a memorial service at 11:00 a.m. in the Duffy-Poule Funeral Home, 20 Peck Street Attleboro. Following the service, Ed will take one last ride on a fire engine, to North Purchase Cemetery, 825 North Main Street, Attleboro, where burial with military honors will take place. In lieu of flowers, donations in Ed’s memory may be made to the, American Heart Association, PO Box 3049, Syracuse, NY 13220 or the American Diabetes Association, P.O. Box 15829, Arlington, VA 22215

ATTLEBORO- Edward C. Gemme, 77, of Attleboro, passed away peacefully on May 16, 2018 at Tufts Medical Center in Boston. He was the beloved former husband to Joanne (Hebert) Spera of Attleboro. Born on July 13, 1940 in Pawtucket, Rhode Island,... View Obituary & Service Information

The family of Mr. Edward C. Gemme created this Life Tributes page to make it easy to share your memories.

Send flowers to the Gemme family.