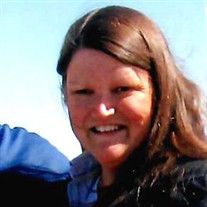 ATTLEBORO – Deborah Anne (Swanson) Meier, 61, of Attleboro, passed away after a courageous battle with cancer, on Monday, October 28, 2019 in the Brigham & Women’s Hospital, Boston. She was the loving and dedicated wife of Michael F. Meier of Attleboro. Born on February 8, 1958 in Providence, RI, she was a daughter of Richard Swanson Sr. and the late Catherine (Nutter) Swanson. Debbie was a graduate of Cranston East High School. She later received her Licensed Practical Nursing Degree in May 1980 from Rhode Island Junior College. She was most recently employed by Sturdy Memorial Hospital as an LPN for the last 35 years, previously working at Our Lady of Fatima Hospital in Rhode Island. Some of Debbie’s favorite past times were spending time on the beaches of Rhode Island, morning breakfast with friends and sharing special moments with her children, grandchildren and extended family members. In addition to her husband and father, Debbie is survived by her four cherished children, Adam Meier and his wife Tara of Attleboro, Justin Meier and his wife Caitlin of Norton, Mackenzie Meier of Attleboro and Casey Meier of North Attleboro; her beloved grandchildren, Matthew and Connor Meier both of Attleboro and Charlotte Meier of Norton; two brothers, James Swanson of Warwick, RI and Richard Swanson Jr. of Cranston, RI; her aunt, Evelyn Pallotta of Smithfield, RI and several nieces, nephews and many wonderful friends. Relatives and friends are invited to attended a visitation from 4 – 8 p.m. on Sunday, November 3rd, 2019 in the Duffy-Poule Funeral Home, 20 Peck Street, Attleboro. A funeral will be conducted on Monday, November 4th at 9 a.m. from the Duffy-Poule Funeral Home, followed by a Mass of Christian Burial, at 10 a.m., in St. John the Evangelist Church, 133 North Main St., Attleboro. Burial will follow in St. John's Cemetery, West Street, Attleboro. In lieu of flowers, donations in Debbie's name may be made to the American Cancer Society, 30 Speen St. Suite 250, Framingham, MA 01701 or directly at https://www.cancer.org/

ATTLEBORO &#8211; Deborah Anne (Swanson) Meier, 61, of Attleboro, passed away after a courageous battle with cancer, on Monday, October 28, 2019 in the Brigham & Women&#8217;s Hospital, Boston. She was the loving and dedicated wife of Michael... View Obituary & Service Information

The family of Mrs. Deborah Anne Meier created this Life Tributes page to make it easy to share your memories.

Send flowers to the Meier family.