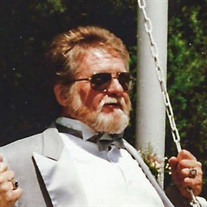 ATTLEBORO – David E. Doucette, Sr, 84, lifelong resident of Attleboro, passed away peacefully with his family by his side on Tuesday, March 10, 2020 at the Attleboro Healthcare. He was the loving husband to Suzana (Aguiar) Doucette of Attleboro. Born on January 5, 1936 in Attleboro, MA, he was a son of the late Edward and Viola (Stoddard) Doucette. David was a graduate of Attleboro High School Class of 1955. He enlisted in the United State Marine Corp and proudly served from 1956 – 1958 until his honorable discharge. David was employed by the United State Postal Service as a letter carrier for almost 30 years. After retirement from the USPS he worked for Automatic Machine in Attleboro. He was a member of the American Legion Post #20 in Attleboro and a member of the Leathernecks Motorcycle Club in Cape Cod. David was a motorcycle enthusiast, with his wife on the back of his bike and many times with his children riding beside him. He rode to Laconia Bike Week for many years and went on several group rides/fundraisers with family and friends. David was a former player and coach for Attleboro Youth Hockey and volunteered at the Veteran’s Office in the Attleboro City Hall for many years. In addition to his wife, David is survived by his children, Sandi Tierney of Seekonk, David Doucette Jr. of Cape Cod, Lisa Blais of Attleboro; his grandchildren, Zane Doucette of Costa Rica, Kacy Lyn Blais of Attleboro; his great grandchildren, Jordan Doucette of Florida and Zander Doucette of Costa Rica; his siblings, Donald Doucette and his wife Alice of Attleboro and Alan Doucette and his wife Ginny of Vermont; a sister-in-law, Mary Aguiar of Attleboro, brother-in-law, Vinny Aguiar and his wife Cindy of Foxboro also many nieces and nephews. David was the brother-in-law to the late Henry Aguiar and Carol Aguiar. The family would like to give a special thanks to the Hillside Adult Day Care, Attleboro Healthcare and Beacon Hospice for the compassionate care given to David. Relatives and friends are invited to attend a memorial visitation from 9 a.m. to 12 p.m. on Saturday, March 21, 2020 at the Duffy-Poule Funeral Home, 20 Peck St., Attleboro. Burial will take place privately at a later date. In lieu of flowers, donations in memory of David may be made to the Alzheimer's Association, 480 Pleasant Street, Watertown, MA 02472 or directly at www.alz.org

ATTLEBORO &#8211; David E. Doucette, Sr, 84, lifelong resident of Attleboro, passed away peacefully with his family by his side on Tuesday, March 10, 2020 at the Attleboro Healthcare. He was the loving husband to Suzana (Aguiar) Doucette of... View Obituary & Service Information

The family of Mr. David E. Doucette Sr. created this Life Tributes page to make it easy to share your memories.

Send flowers to the Doucette family.