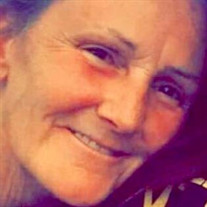 Charlene M. Masse, 62, of Attleboro, passed away unexpectedly in the early morning on Wednesday, August 28, 2019 in the Sturdy Memorial Hospital, Attleboro. Born on January 29, 1957, in Quincy, MA, she was a daughter of Charles and Ruth Plante of Plymouth, MA. Charlene grew up in Plymouth, MA before moving to North Attleboro and remaining a resident for many years. Charlene is survived by her four children and her ten grandchildren, Christine Stafford and her son, Joshua Stafford JR; Renee Masse and her children, Kyle O’Connell, Olivia O’Connell and Sophia O’Connell; Scott Masse and his children, Destiny Masse, Amber Masse, Sierra Masse, Dylan Masse and Charlotte Masse; Eric Masse and his son, Calvin Masse. In addition to her parents, Charlene is survived by her brother, Wayne Plante; her two sisters, Jane Plante and Patty Nielsen; her former husband, Francis Masse and many extended family members and friends. Charlene had many passions in her life, her utmost favorite was being "Nana". Charlene enjoyed spending time at the beach, gardening, reading and camping. She was an avid NASCAR and Patriots fan. Charlene was loved by many and will forever be in our hearts and her memories will be carried on forever. Relatives and friends are invited to attend a visitation from 5-7:30 p.m. on Monday, September 9, 2019 in the Duffy-Poule Funeral Home, 20 Peck Street, Attleboro, MA, immediately followed by a funeral home service at 7:30 p.m. Burial will take place privately at a later date. In lieu of flowers donations to assist in funeral expenses may be sent directly to Francis (Scott) Masse, 7 Frenier Ave. Attleboro, MA 02703.

Charlene M. Masse, 62, of Attleboro, passed away unexpectedly in the early morning on Wednesday, August 28, 2019 in the Sturdy Memorial Hospital, Attleboro. Born on January 29, 1957, in Quincy, MA, she was a daughter of Charles and Ruth Plante... View Obituary & Service Information

The family of Mrs. Charlene M. Masse created this Life Tributes page to make it easy to share your memories.

Send flowers to the Masse family.