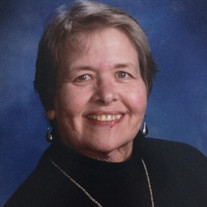 ATTLEBORO- Beverly Brooks, 75, of Attleboro, passed away on July 2, 2018 in the Hope Hospice & Palliative Care, Providence, RI. Born on Jan 30, 1943 in Baltimore, MD, she was a daughter of the late Paul and Geraldine Brooks and granddaughter to the late William and Nona Brooks At a very young age Beverly suffered from polio and was hospitalized for 3 years. During this hospitalization, she was paralyzed from the neck down and was told that she would never walk again. It must have been during this challenging time, that her spirit to fight and truly live was strengthened in such way that that she developed an immense passion for people, for learning and for life. Once she graduated from high school she was determined to venture out and find her way in the world. In her early years she worked in graphic design and printing. She joined the Order of the Sisters of St Benedict and as a nun she sold insurance, working for and representing various insurance companies. An actual headline in the local paper read, “ A Baltimore Nun, Vowed to Life of Poverty, Sells Insurance as a Sideline.” She worked in real estate; she studied education at Indiana University, was involved in extensive research projects, graduated with her Master’s and became a licensed teacher. She had a fond appreciation for the kids that nobody wanted to teach, the “tough ones” as she called them. They were the ones that mattered most to her. She taught in Indiana, Saudi Arabia and Massachusetts. She owned and operated an art gallery and a graphics company in Boston. She later continued her studies, became a counselor, mental Health worker and received her social worker’s license. She worked closely with the homeless and those with mental health and substance abuse issues. She was passionate about her work. She believed in the human spirit and the empowerment of her clients. After retiring, she served on various boards including; The Hebron Food Pantry, Working Women of Today and the Attleboro Area Council of Churches. She loved to organize and run social groups in her building at Gardner Terrace. Calling out the weekly bingo game and playing cards with her friends kept her busy a couple evenings each week, when she wasn’t attending a board meeting or a church meeting. Beverly enjoyed travelling extensively with her close friends throughout Europe, the Middle East and Asia. She loved cooking, entertaining, stimulating conversations and she treasured her little dog “Lulu.” She was truly able to connect with people of all ages and walks of life as demonstrated across her lifetime of careers. Throughout her 15 years residing in Attleboro she became a part of her church family, her “chosen” family. She was so grateful to be a member of this close-knit group of people who were able to walk with her through her final years. She felt completely welcomed and she became a part of their lives as well. She taught Sunday school classes, volunteered on various committees and was always willing to lend a helping hand, or take a moment to listen to one of the many youth whom she cherished. Growing up she adored her grandparents and the life lessons they taught her. She was very close to her grandfather and she carried his legacy with her wherever she went. She would quote him saying, “Beverly, you are responsible for what you see.” This is the life she lived. May she rest in eternal grace and peace. A memorial service will be held at 1:00pm on July 28 at Centenary United Methodist Church, Attleboro, MA. In lieu of flowers, please send donations to either the Hebron Food Pantry or Centenary United Methodist Church.

ATTLEBORO- Beverly Brooks, 75, of Attleboro, passed away on July 2, 2018 in the Hope Hospice & Palliative Care, Providence, RI. Born on Jan 30, 1943 in Baltimore, MD, she was a daughter of the late Paul and Geraldine Brooks and granddaughter... View Obituary & Service Information

The family of Ms. Beverly Brooks created this Life Tributes page to make it easy to share your memories.

ATTLEBORO- Beverly Brooks, 75, of Attleboro, passed away on July...

Send flowers to the Brooks family.