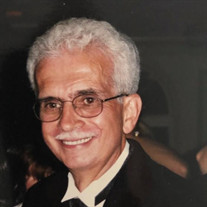 ATTELBORO – Antonio C. Viveiros Jr., 73, longtime resident of Attleboro, passed away peacefully on Wednesday, December 4, 2019 at the Sturdy Memorial Hospital, Attleboro. He was the loving husband of Janine (Bailey) Viveiros of Attleboro. Born on August 26, 1946 in Attleboro, MA, he was a son of the late Antonio Sr. and Maria (Cabral) Viveiros. Tony was a graduate of Attleboro High School and spent most of life dedicated to improving the City of Attleboro. Tony had several jobs and started out working at the A & W Root Beer Stand, he then worked for Texas Instruments, Phillips 66, Tubby’s Tulsa and Wonder bread. His most recognizable job was owning Tony’s Whistle Stop at the downtown Attleboro railroad station. Tony proudly served the City of Attleboro as a city councilor from 1986 to 1993, constable and park commissioner and was a member of the liquor licensing board since 1994. He was a longtime volunteer for the Attleboro High School Alumni Association and the Attleboro Arts Museum. He was recently presented the Blue Pride Spirit of Community Award for his volunteer work for Attleboro High School and the City of Attleboro. Tony enjoyed spending time exploring New England, vacationing on the Cape with his family, car shows and listening to music, especially the Beatles. He treasured staying in touch with friends and spending time with his grandkids. In addition to his wife, he is survived by his three children, Jessica Holt and her fiancé Michael Rancourt both of East Providence, Michael Viveiros and his wife Laura Desisto of Watertown and Jonathan Viveiros and his wife Jennifer of Wilmington; his sister, Sara Rotondi of Attleboro; six grandchildren, Brant, Jackson, Gavin, Madelyn, Sean and Isabella; also many brother and sister in-laws, nieces and nephews. Tony was the brother of the late Manuel Viveiros and brother-in-law to the late Joseph Rotondi. Relatives and friends are invited to attend a memorial visitation from 1-4 pm on Sunday, December 8, 2019 in the Duffy-Poule Funeral Home 20 Peck Street, Attleboro, MA. A funeral service will immediately follow at 4 pm in the funeral home. Burial will take place privately. In lieu of flowers, donations in Tony’s name may be made to the Capron Park Zoo, 201 County Street, Attleboro, MA 02703 or https://capronparkzoo.com/

The family of Mr. Antonio C. Viveiros Jr. created this Life Tributes page to make it easy to share your memories.

Send flowers to the Viveiros family.