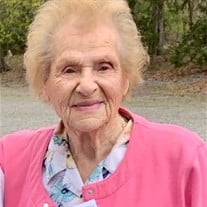 Pawtucket, RI – Alice G. (Jerauld) Glode, 91, of Pawtucket, passed away peacefully on Wednesday, December 4, 2019 at the HopeHealth Hulitar Hospice Center, Providence, RI. She was the loving wife of the late Raymond J. Glode Sr. Born on October 22, 1928, in Rumford, RI she was a daughter of the late Raymond and Gertrude Jerauld. Alice had been a resident of Pawtucket for the last 35 years previously living in Attleboro. She worked for the Foxboro Company for 10 years but was primarily a homemaker to her husband and five sons. She enjoyed playing cards, gaming, dancing and cheering on the New England sports teams. Alice is survived by her five sons, Raymond J. Glode, Jr. and his wife Sandra of Cumberland; Robert Glode of Attleboro, Roger W. Glode and his wife Brenda of North Smithfield, Ronald F. Glode of Pawtucket, RI and Randy R. Glode of Norfolk; nine grandchildren and seven great grandchildren; her siblings, Frederick Jerauld of Attleboro, Eleanor Reagan of So. Attleboro and Patricia Adams of Oklahoma; also several nieces and nephews. She was the mother of the late Russell J. Glode, mother-in-law to the late Marion S. “Sandy” (Benson) Glode, and sister of the late George, Raymond, Elton, Norman and Lillian Jerauld and Jessie Joubert. Relatives and friends are invited to attend a visitation from 9 - 11 am on Monday, December 9, 2019 in the Duffy-Poule Funeral Home 20 Peck Street, Attleboro, MA. A funeral service will immediately follow at 11 am in the funeral home. Burial will follow in the Notre Dame Cemetery, Pawtucket, RI. In lieu of flowers, donations in Alice’s name may be made to the Alzheimer’s Association, Massachusetts Chapter, 311 Arsenal St. Watertown, MA 02472 or at Alz.org.

The family of Mrs. Alice G. Glode created this Life Tributes page to make it easy to share your memories.

Send flowers to the Glode family.